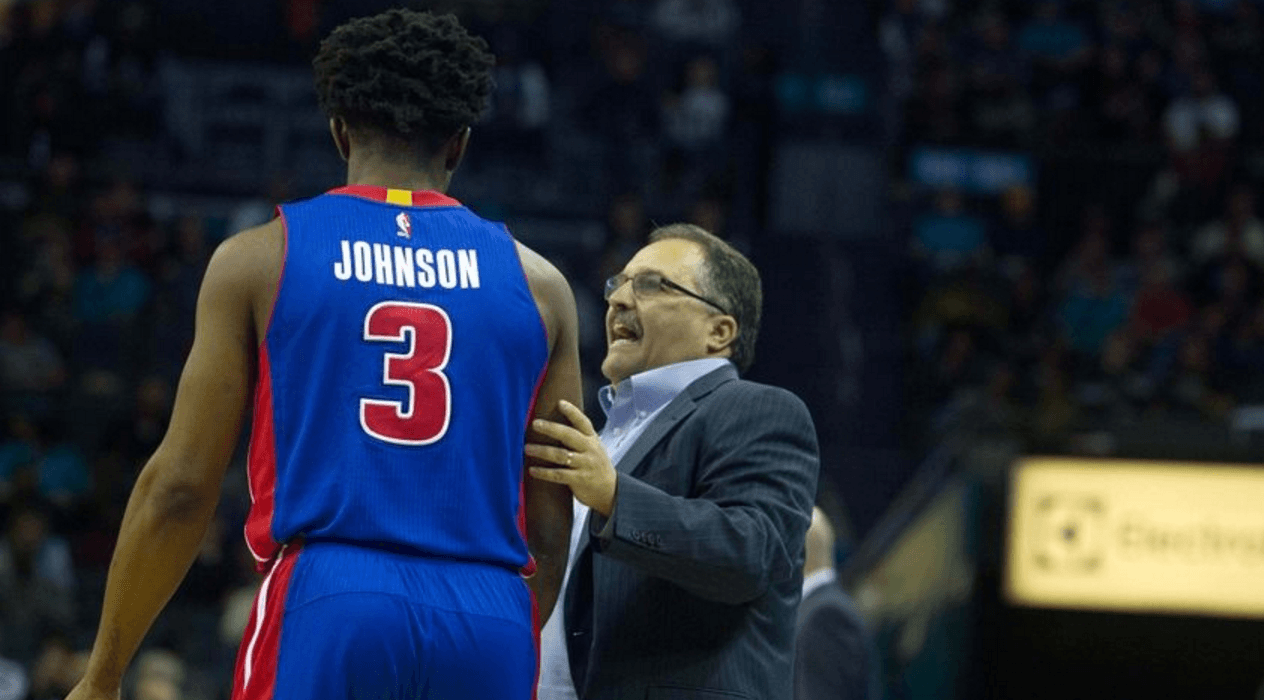 LeBron James is not someone you want to mess with and make angry on the basketball court. After Game 1 between the Cavs and Pistons, 19-year old rookie Stanley Johnson came out to say that he wasn’t scared of LeBron and could send him to the floor if LeBron wanted to try that with him.

“Obviously, he got the call and it’s whatever but, for me, that was like, ‘Wow.’ I’ve never had a person grab my jersey and try to throw me to the floor, and then I come up on the wrong end of things. That woke me up a little bit and, from that point on, it’s on. If you want to foul me, we can both go to the floor.”

Johnson went at James in Game 2, when LeBron was on fire, going 6-6 when being guarded by Johnson. After the game, Johnson spoke on LeBron again, and may really live to regret these words.

“He jabbers. He moves his mouth sometimes. Their whole team does, kind of like their little cheerleaders on the bench. Every time you walk in the right corner. They’re always saying something like they’re playing basketball, like they’re actually in the game. There’s only seven or eight players who play. I don’t see why the other players are talking. They might as well just be in the stands, in my opinion.”

“I wish he would just talk when [the game] is 0-0, not when he’s up 16. I think that’s more — that means something. That means you’re confident in yourself. You believe what you’re about to do. Don’t talk after you made a couple shots. Anybody can do that.”

Pistons coach Stan Van Gundy was not happy with those comments, reported Nick Friedell of ESPN.

“I had a talk with Stan today, and so I’ll leave it at that,” Van Gundy said during Thursday’s media availability. “I told him what I thought about his comments and everything. That’s a discussion that we had today.”

Van Gundy admitted that he cringed a little when he first saw the comments.

“Well, look, you do [cringe] a little bit,” he said. “But you also, you have to realize he’s a 19-year-old kid going through this for the first time. You get him right after a game like that, and he’s frustrated and all of that. We met. We talked. He knows how I feel, what my concerns are, but it wasn’t a — at least I hope he didn’t take — it wasn’t an anger session. It wasn’t a ‘You’re an a–h—‘ type of thing. It wasn’t. It’s just another learning experience for a 19-year-old kid.”

Before Game 3 between the Cavs and Pistons, Johnson spoke with the media and went back on those comments made after Game 2, taking a bit of a humble approach. It may be too late, however, with James having all the fuel to tear the Pistons up the rest of this series. Dave McMenamin of ESPN reported on Johnson’s comments.

“I think my comments, it wasn’t really an outburst,” Johnson said after Friday’s shootaround. “I just think, at this point in time right now, it’s all about Game 3. What I said before really doesn’t matter. It’s in the past. We’ve got to control what we can control now. That’s it.”

“For me, at the end of the day, I can control what I can control, and that’s how I go out and play the game,” James said. “There’s always going to be conversation outside of the four lines, and how much you can indulge into it can take away your focus from what the main thing is.

“I know what the main object is here, and that’s to be the leader of this team and get these guys ready for a very high-intense game tonight and moving forward. So, I don’t get caught up into anything.”

The Cavs and Pistons play Game 3 tonight at 7 PM EST! 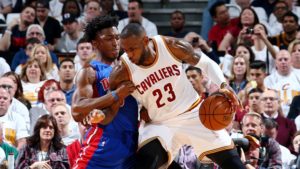