REPORT: Raptors C Valanciunas is “a little ways” away from return 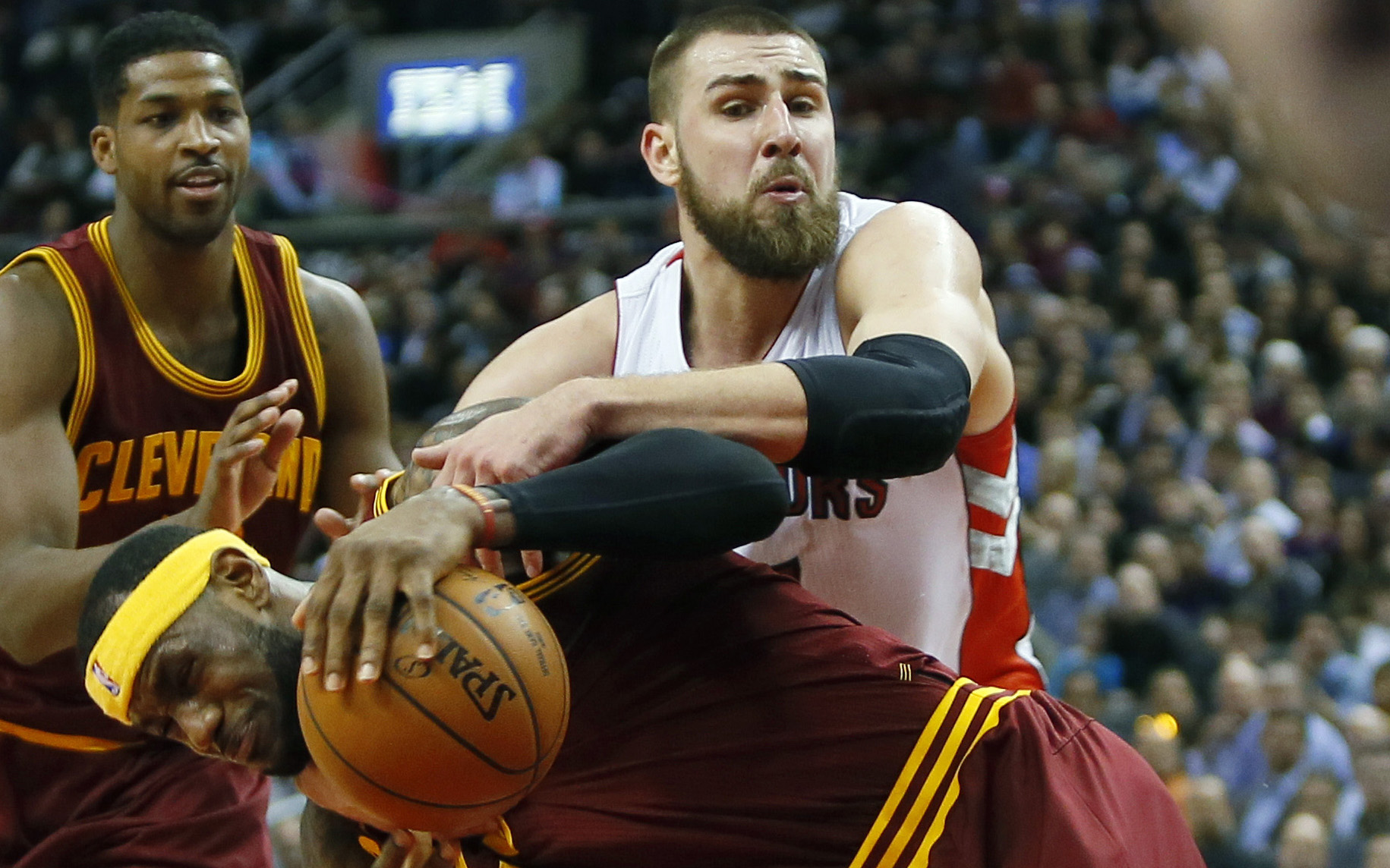 After reaching its first Eastern Conference Finals, the North left behind three franchises (Pelicans, Hornets, Clippers) in the NBA without a final four appearance. However, the Raptors are probably the first No. two seed in a while to have expectations of reaching the conference finals as low as their’s. Toronto found some continuity after responding to consecutive Game 1 collapses at home, overcoming 0-1 series starts in both rounds. But then, as the Cavs know too well, the unexpected and often times unfortunate happens.

Jonas Valanciunas, who averaged 15 points and 12 rebounds in postseason, was placed on the IR for the remainder of the series. In Jurassic fashion, the Raptors clawed their way out of a messy seven games against Miami with their hit or (mostly miss) backcourt. Once they escaped, coach Dwane Casey updated Valanciunas’ injury status as Toronto visits Cleveland for what could be the toughest playoff challenge in the franchise’s history. He said Valanciunas will miss Game 1 and is currently doubtful for Game 2 with the hope of having Big Science back by Game 3.

“We’re not going to jeopardize further hurting his ankle just to get him out there for a game. If he’s not 100 percent, we’re not going to damage it. I don’t foresee him in these first couple of games being able to play. Next week may be another matter, I don’t know. He hasn’t started basketball activity yet. He’s messed around and shot free throws and all that, but he hasn’t done anything on the court. So he’s a little ways away from getting out there and contributing in a playoff game.” – Dwane Casey (CBS)

Valanciunas flourishes on the defensive end and pick-and-roll situations with Toronto’s diverse fleet of guards. When the Raptors lost him, they lost their only starter that shoots over 50% and their leader in differential with +39 through the playoffs (ESPN). Whenever he returns, the Cavs will be waiting. 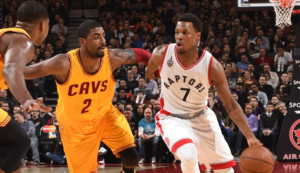