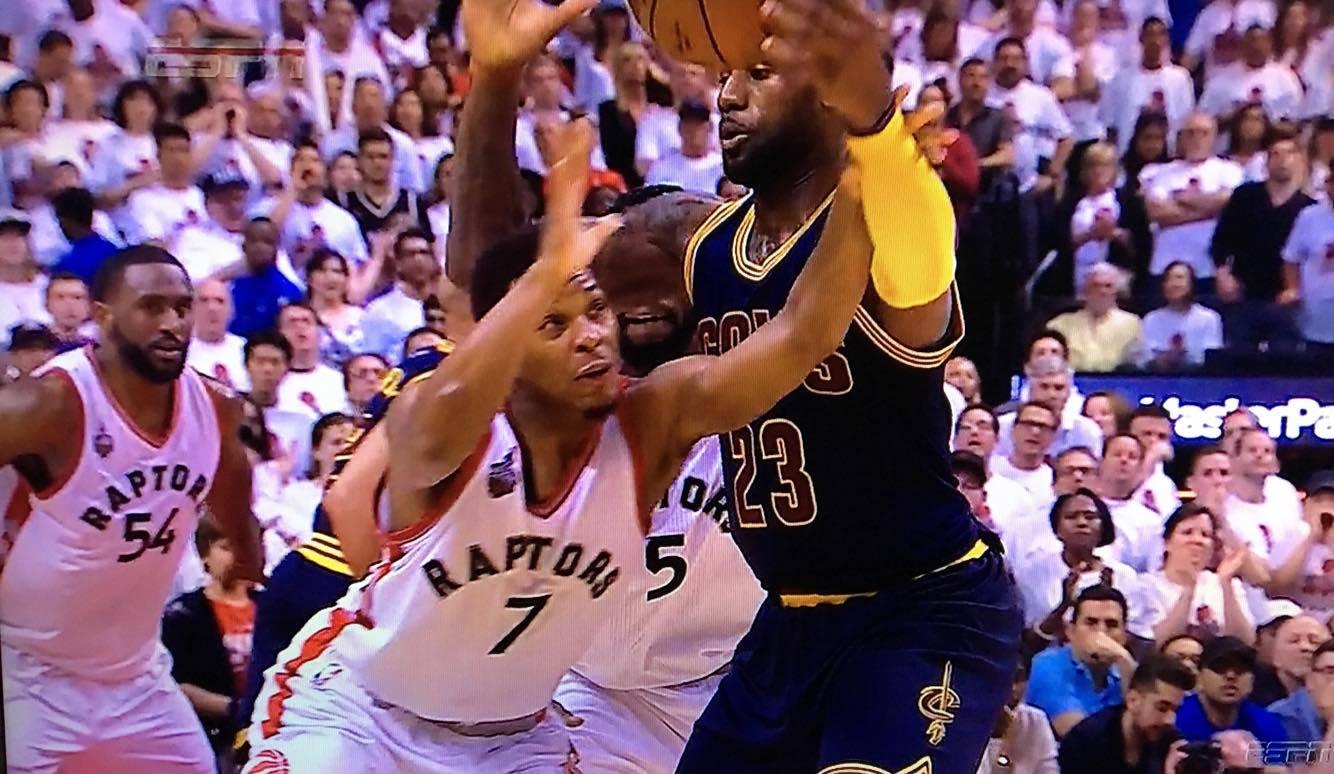 The Cleveland Cavaliers let a three-point lead in the fourth quarter go to waste as they allowed the Toronto Raptors to come back and win Game 4, tying the series up at two games apiece.

However, the NBA’s Last 2 Minute report came out, and it revealed a critical error on the biggest possession of the game: J.R. Smith defends Kyle Lowry’s drive to the basket, but gets beat. It almost seemed like J.R. was giving room for the Cavs help defender to step up. The only problem is that there was not help defender present. The report stated that Tristan Thompson was held by Bismack Biyombo and couldn’t help.

Of all the plays this could have happened on, the officials missed the call on the game-sealing layup by Lowry. Had they made the right call, the Cavs would have been awarded the ball down 99-103 with about 24 seconds left.

Aside from that, another critical play late in the fourth quarter that the officials clearly missed was this “steal” by Lowry from LeBron James. With 2:47 left in the fourth, Lowry follows Kyrie Irving for the expected hand-off from James. Lowry, however, clobbers the hell out of LeBron’s arms and is awarded a steal, which is then followed by a foul on LeBron which earned him a pair of free throws.