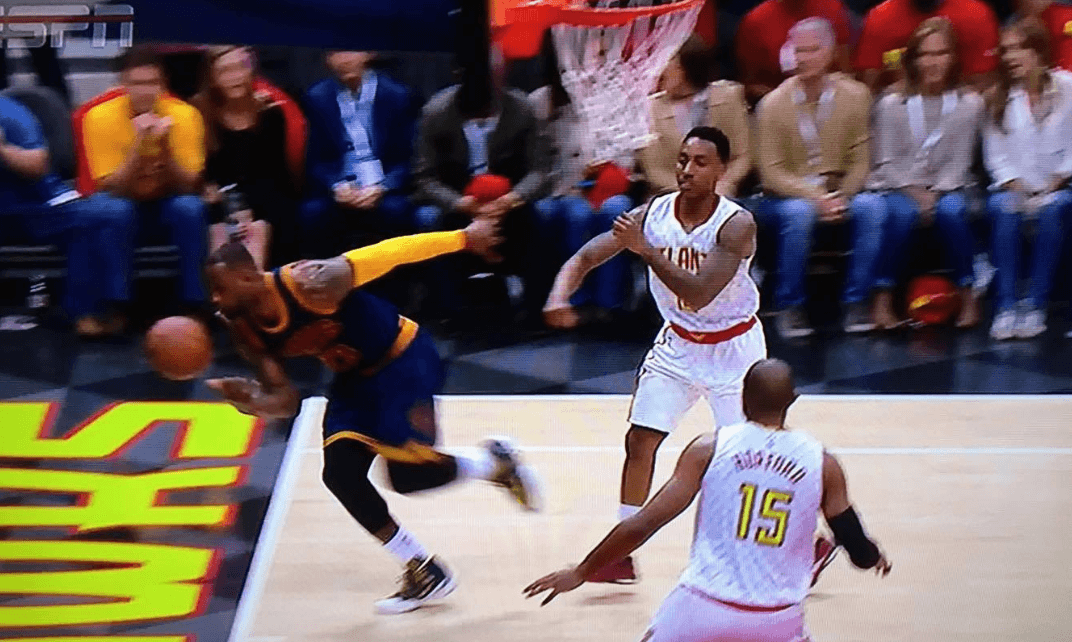 With the fourth quarter winding down in what was clearly going to be a Game 3 win, LeBron James dribbled around the Atlanta defense trying to play out the clock. Jeff Teague was frustrated at the loss and shoved LeBron out of bounds and into a couple fans sitting behind the basket.

The clear frustration foul earned him a flagrant 1 foul, but many wondered what punishment would be handed to Teague for his actions. Chris Haynes of Cleveland.com reported on Saturday that the NBA has decided not to punish Jeff Teague for his shove of LeBron James late in the fourth quarter.

“I was actually running into two kids and a lady on the baseline,” James said. “Hopefully I didn’t hurt them. I scraped my leg a little bit, but I’m fine. I’m OK. I went back and checked on them to make sure they were OK because I couldn’t really stop. And they were fine once I found out there were fine and I was able to walk off the court. At the end of the day, [the push] doesn’t matter.”

Teague had his best game of the series with 19 points and 14 assists, but shot just 7-17 from the field in the loss. Meanwhile, LeBron finished just two assists from a triple-double with 24 points, 13 rebounds, eight assists, and two blocks. 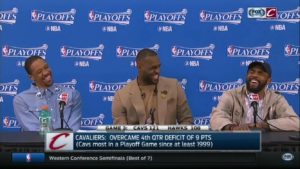