REPORT: Kyrie Irving Participates In First Practice, Speaks Out About His Recovery 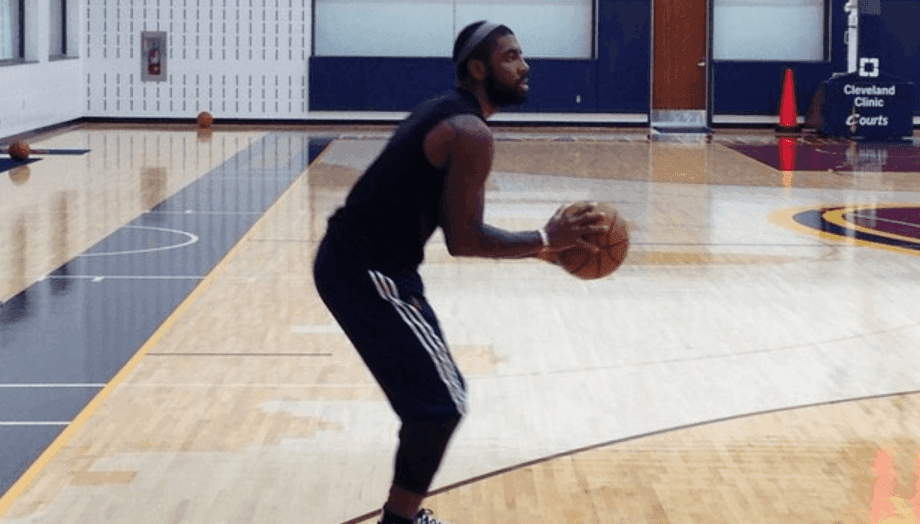 Kyrie Irving was a partial participant of practice for the first time on Monday. He didn’t do everything, but he was able to practice. Irving had another first and took a big step in his return as he was able to participate in a full practice on Thursday.

“I think the biggest thing for me is getting over the mental hump of being able to go out there and still compete,” Irving said Thursday afternoon. “I’ve kind of been itching for the last few weeks, but finally getting my trainers’ clearance as well as our organization to go out there and practice with the guys, have 5-on-5, going up and down, finally being able to hit guys a little bit and have guys hit me, as a competitor, I’ve been itching for that. There’s no better place to be than escaping here with guys that I call my brothers. We’re part of a big family. We definitely have a little ways to go before I get back on the court with the guys, but this week has been great.”

Despite the incredible steps Irving is taking towards a return to the court, he is not ready to give up a timetable on his return.

Now nearing his return, Irving admits that it wasn’t always easy to get through the workouts and the rehab.

“I think I tweeted it the other day but to climb Mount Everest, man, it’s a frickin mountain when you’re injured,” he said. “Different base camps like they have on Mount Everest and you go to different base camps and you try to just get to them. Sometimes you’re going to fall down the mountain and sometimes you’re going to get even further on the day. This past week has been the biggest steps that I’ve taken mentally and physically to being out there and being ready to be out there with my guys.”

Irving has reportedly been shooting very well in practices, meaning he’s got that jumper back and his legs under him. Now it’s all about the conditioning and making the sharp movements on the court. Chris Fedor got some exclusive videos of Irving’s shootaround.

Kyrie now shooting off the bounce. He doesn't miss much. Has been playing air guitar after completing his spots. pic.twitter.com/1Va4zAJM3Y