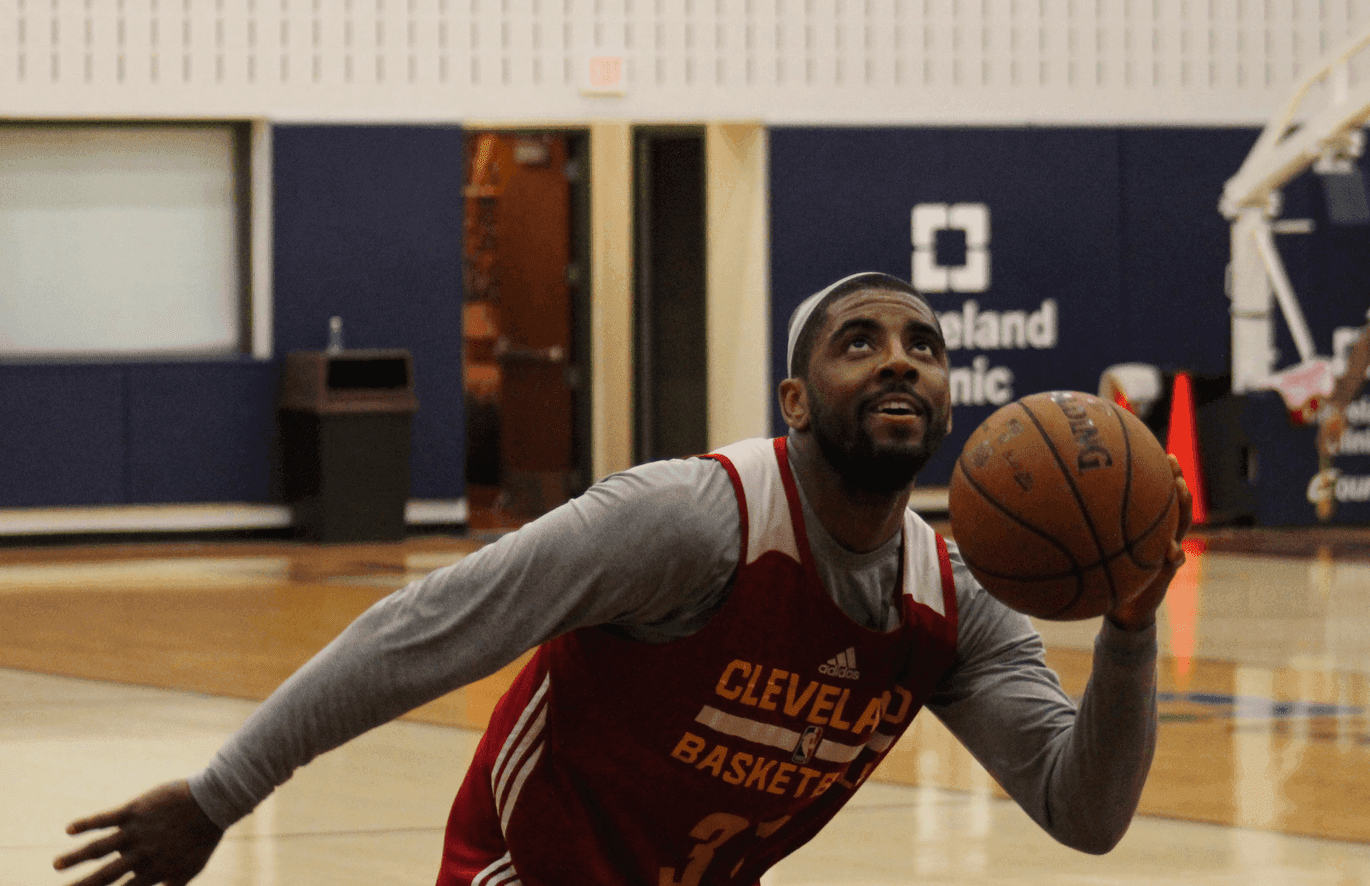 Kyrie Irving has recently started ramping up his workouts as he progresses in his recovery from a fractured kneecap suffered five months ago.

Kyrie Irving played in a 1-on-1 workout with LeBron James earlier today, and fans will be delighted to hear how it went. Dave McMenamin of ESPN reported on that workout:

Kyrie Irving played a set of modified 1-on-1 games against LeBron James after the Cleveland Cavaliers’ shootaround Saturday and “destroyed him,” a team source told ESPN.com.

They weren’t true games of 1-on-1 in the sense that only one dribble was allowed per possession, thus rendering James’ significant size advantage moot as he couldn’t simply back Irving down with his dribble and post him up. Games finished with the first player to score three baskets.

Getting hot from the outside with his shot helped Irving succeed, per the source.

To be fair, James ultimately evened the set of games 2-2 before the pair finished for the afternoon, but Irving was, apparently, in the zone.

David Blatt recently said that Irving still has a ways to go, but has been increasing his activity on and off the court, including adding pregame shootaround as part of his training routine.

“He has advanced to running plays 5-on-0. He’s doing some light 1-on-1 contact drills. He’s certainly taking some steps forward,” Cavs coach David Blatt said before Cleveland’s 109-97 win over the Atlanta Hawks on Saturday. “Again, can I put a number on it in terms of days left until we see him back out there fully? I really can’t. I’m not trying to keep it from you. I just don’t know. But definitely seeing progress in the last few days and that’s encouraging.”

Irving has not been traveling with the team for their road trips, but that’s not because he’s not ready to travel and be with the team. Instead, Blatt says that Kyrie just has more opportunities to get better here than on the road.

“A lot of times, him not coming on the road trip has to do with the amount of work, the body of work, that we can do with him back here at the facility, the type of treatment that he can receive,” Blatt said. “Part of that was with the idea in mind that we could accelerate it a little bit if we were having him under the right conditions. We’ll see going down when he’s going to start traveling more consistently with us.”

Dave McMenamin is reporting that Irving could travel with the team on their two-game road trip to Orlando and Boston starting December 10.