Report: Kyrie Irving Has Been Cleared To Begin Working Out 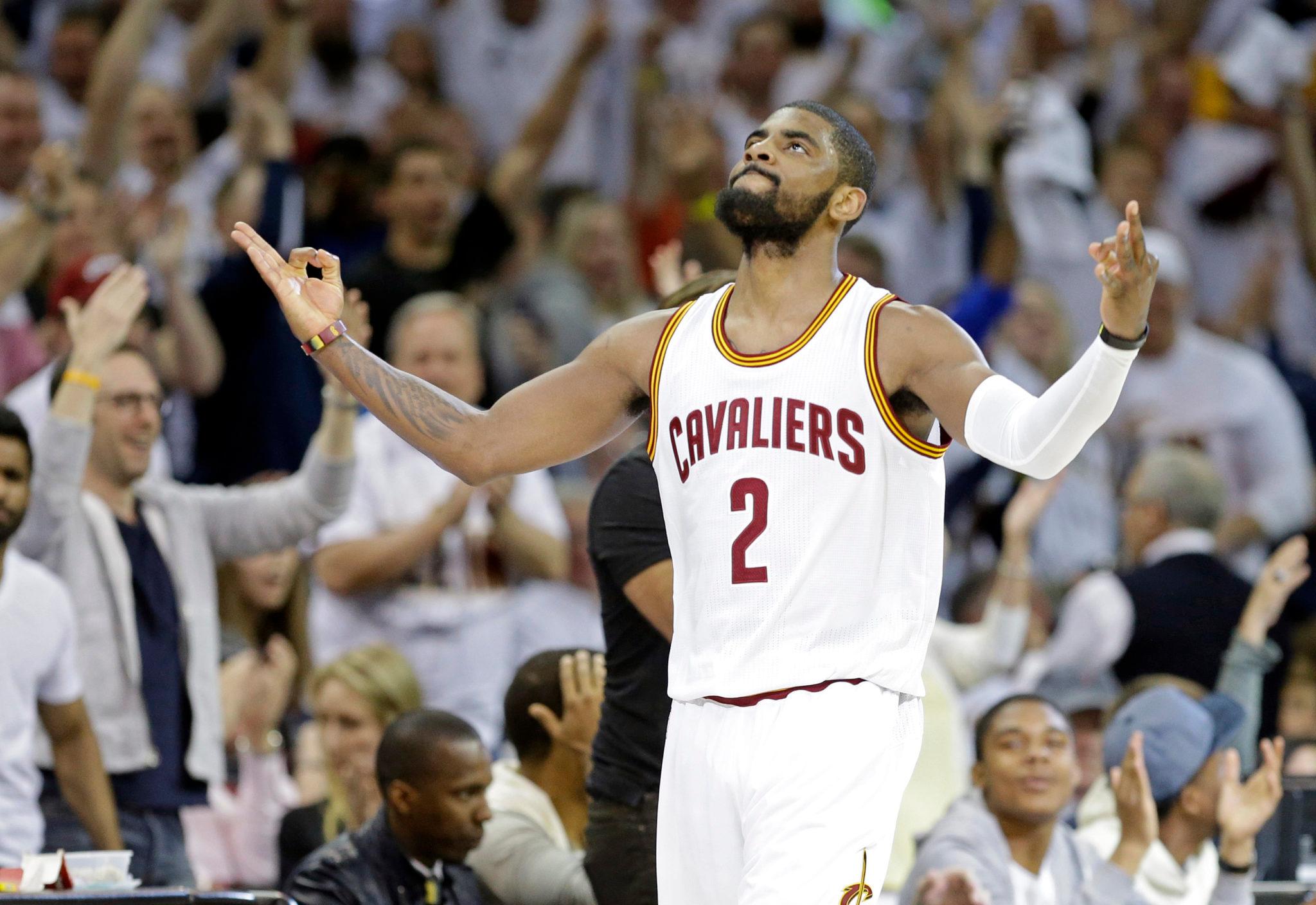 Summer 2015 has been underwhelming to say the least. The Cavs have swallowed defeat, reassembled a majority of their hungry squad, added a few old and new faces, and now look to take their NBA-leading 2-1 Las Vegas odds to the 2015-16 season with a head of steam for a championship. Along that path was a detour for some Cavaliers who weren’t tangled in the bureaucracy of Free Agency or trade talks. For Kyrie Irving, that detour was a road to recovery.

According to Cleveland.com, doctors have cleared Kyrie Irving to begin working out. Apparently, the NBA’s youngest All Star MVP is now able to put pressure on the knee that had fractured in Game 1 of the NBA Finals. He had surgery 24 hours after an MRI revealed the fracture. He spent a majority of rehab in Miami, a local arrangement thanks to his agent, Jeff Wechsler.

Irving practiced today for the first time back on the court in practice at Mentor High School in Cleveland, where he hosted his annual Kyrie Irving ProBasketball Camp for over 500 individuals grade K-12. After a day of sharp shooting and dazzling dribbling drills, Irving spoke to the media:

When asked about the date of his return…

“I’m honestly not putting a date on anything. People are going to put a date regardless. I’m just continuing to be on the journey I’ve been on and that’s continuing to get better every single day and rehabbing my leg.”

“I only had the cast on for two weeks. Then I was in a brace. Once I got clearance from our doctors that I could actually start working out and put pressure on my leg I relish that.”

Earlier in the offseason and still in his recovery stage, Kyrie was asked about what could have been – had he not suffered the dramatically devastating injury that made “bad timing” an understatement.

“Being a confident basketball player and knowing what we had with our team, it was obviously tough, but I know all of us and the guys that are coming back, we haven’t forgotten what happened. A great Warriors team won the Finals and all credit goes to them but our ultimate goal is still a championship, bring it to Cleveland.”