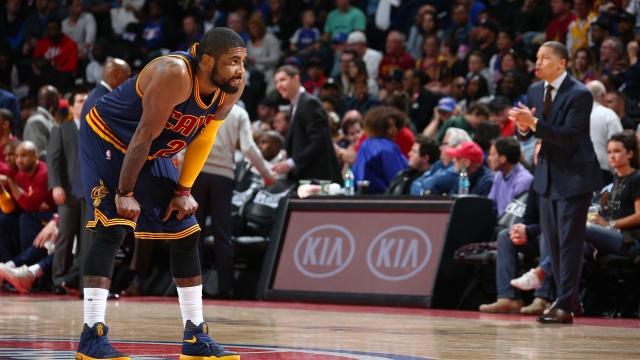 The Cleveland Cavaliers played their final preseason game, meaning their next official NBA game will be on ring night on October 25th. One of the biggest goals for the home opener, as well as the entire season, will be for the team to stay healthy for the grueling postseason run.

Tonight, however, Kyrie Irving exited the second quarter of the game against the Washington Wizards with tightness in his left calf.

.@KyrieIrving experienced some left calf tightness in 1H and will not return.

The injury is considered to be very minor, and there’s almost no chance that Irving misses the season opener against the New York Knicks when the Cavs receive their 2016 championship rings. Still, with Irving’s injury prone history, any minor injury is worth watching.

The Cavs will now have five days to prepare for the start of the 2016-17 NBA season, which promises to be an entertaining one to say the least.