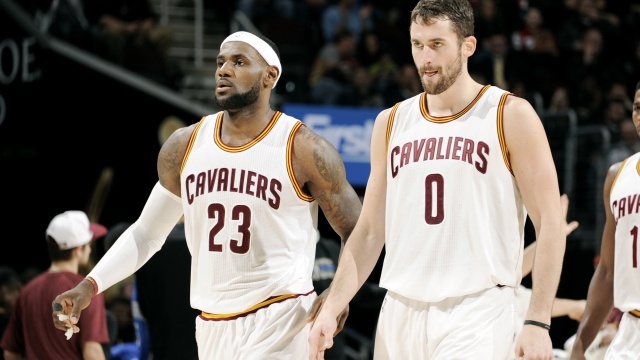 Kevin Love and LeBron James appear to be on the right track when it comes to improving their basketball relationship. Both have enjoyed their moments in the young season and they have also commended the play and importance of one another to the team’s title bid.

These two have come a long way from the unexpectedly rough start that they had to their partnership. It was a situation that spilled over the public’s eyes, yet the team tried very hard to keep the drama within their circle.

When James announced that he was returning to the Cleveland Cavaliers, it was reported that the first thing he wanted was to get Love on board. The team had an abundance of young talent back then and Love’s contract situation made the talks even more complicated. But James was in no position to wait years until the likes of Kyrie Irving, Tristan Thompson, Dion Waiters, Anthony Bennett, and Andrew Wiggins reach their potential, so the team felt that it was necessary to sacrifice some of their cards for the future in order to maximize James’ ability while he’s at his best.

The trade materialized and Kevin Love moved to Cleveland. On the surface, it should have been an easy transition as the power forward’s skillset appeared to be a great fit alongside LeBron James and Kyrie Irving.

But the celebrated arrival turned into a frustrating realization for LeBron James, and Jason Lloyd of the Akron Beacon Journal talked about it it detail.

From almost the moment Love arrived, the relationship seemed to sour. James went to great lengths to get him here, and now team officials concede James didn’t treat him very well once he arrived.

In truth, James was frustrated in part because Love showed up out of shape. He didn’t work out much at all the summer he was traded here and he wasn’t the player James was expecting. His legs bothered him all season. His back was hurting. All of the parts were connected and none of them were firing properly.

The body language and indirect comments from James were enough to tell that there was something wrong. But as professionals, they finally got to figure things out and things started to look up.

Winning cures almost everything. The Cavs started to go on a roll and Love appeared to have found his niche until the freak shoulder injury happened. Their relationship, however, kept its steady improvement and everything was ironed out in that one poolside meeting in Los Angeles this offseason.

Both Kevin Love and LeBron James admitted to the significance of their conversation that day. Love got the opportunity to make it clear to James that in order for the team to be successful, he had to be utilized in a better way. The agreement that they had was evident in the preseason and up until now. James has kept telling everyone that Love is now the focal point of their offense, and the latter has responded by coming up with huge games early in the season.

Coach David Blatt has been a witness to the whole situation, and he shared his thoughts on what went through as well as what’s going on.

From midseason until he got injured, I thought he played great basketball. But I thought he really needed to find a comfort zone within the team.

Some of the finer points and perhaps things people overlook is how he influences his teammates and how he influences the flow of the game just by recognizing what helps other guys function better when he trusts in something or someone on the court. Bron also understands this is a long season and the more he empowers those around him, the better it’s going to be going down the line.

LeBron is already playing MVP basketball. But he’s doing it in a way to help his teammates raise their level. That speaks to how great he is in this game. Intellectually he understands what can influence those around him.

In the Cavs’ first five games, Kevin Love is seeing better numbers already. He’s averaging 17.0 points, 11.0 rebounds, and 3.0 assists, which indicates that he is playing comfortably. His usage rate has also jumped from 21.7 to 24.5.

The absence of Kyrie Irving may also have an effect to his improved numbers, but what’s important is that Love is no longer a forgotten man. He will stamp his class while Irving is out and his effectiveness will prompt the Cleveland offense to continue playing through him more often than before.

Most importantly, a more involved Kevin Love means a well-rested LeBron James, the more that James gets rested means fresher legs come playoff-time, and the fresher that James, along with the rest of the team, enters the postseason only means bad news for their opponents. 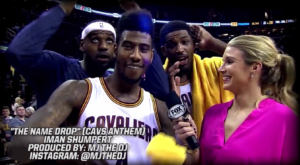