REPORT: James Jones plans to retire after 15th season in the NBA 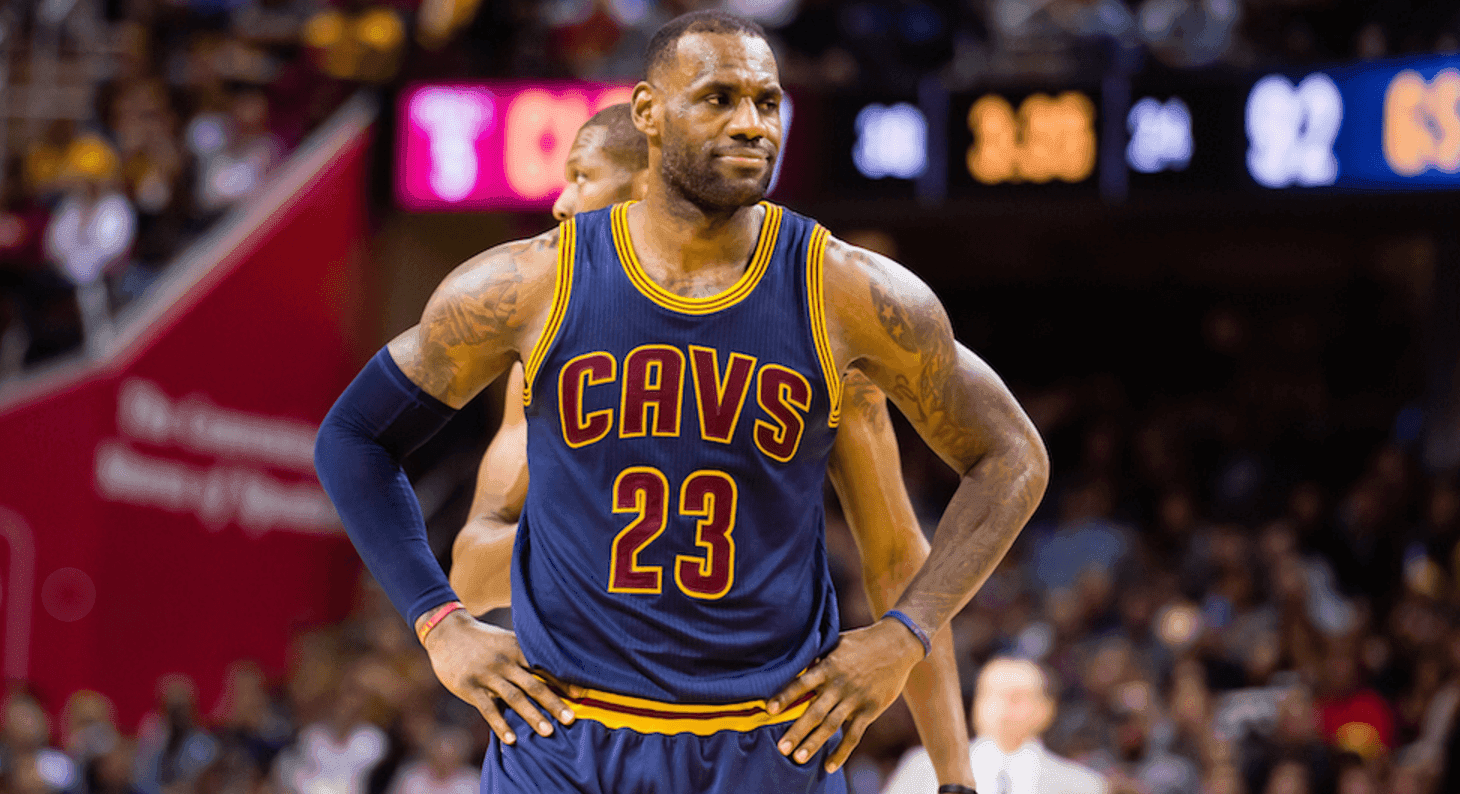 The 14-year NBA veteran James Jones will call it a day on his professional career at the end of this upcoming season. Whether the Cavaliers hoist the Larry O’Brien trophy up again or not in June, it won’t change the fact that ‘Champ’ will lace them up for the final go around at season’s end.

The contemplation of retirement was mainly back in 2012 when he was experiencing ongoing foot issues. But battling through those eventually passed and he continued to stay ready night in and night out for the Miami Heat, and now Cleveland Cavaliers. Jones is highly regarded around the NBA, and remains one of the most respected guys around the league. He has built this reputation over years and years of diligent, disciplined and dedicated efforts to his profession. Over the years, he has continued to prove his reliability through his work ethic, and always staying ready when his number is called to contribute. Every time he takes to the floor, whether in crunch time or limited minutes, he is always in the right spots defensively, and has made a living as a dead eye three point shooter. Needless to say, James Jones is the ultimate professional.

Amazingly, despite his longevity as a shooter, his value as a locker room asset through his voice and leadership may be his biggest strength. Consistently, teammates rely and lean on Jones for advice and guidance. Recently, after their NBA championship feat, superstar forward Kevin Love showed his appreciation for Jones as a teammate.

Those of you who know Champ will appreciate this… I’d like to tribute the best teammate I've ever had, James Jones aka Champ. You taught me more than you know the past 2 years— what it takes to win, how to be a better teammate, how to balance the good/bad off the court, and most importantly…putting team first. Sacrifice for the better of the team, and in order to lead sometimes you have to learn to follow. You’ve been to 6 straight Finals. You’ve been the constant presence we needed in the locker room. You’re the ultimate work horse. The lessons you taught me will stay with me for the rest of my career and life after basketball. No one can avoid the ups and downs of the Playoffs, and when many wrote me off after a tough stretch in the Finals… you and the team stuck by me allowing me to flourish and make plays when it mattered most. Like you told me not too long ago, “don’t be afraid to be yourself.” And now I’ll never be— thanks for everything. Keep being you Champ. –

It is a testament to Jones not only as a teammate, but as a friend, a brother, and a mentor. After their success in Miami together, Jones also holds a well-documented and unique bond with LeBron James. LeBron and Jones have shared a historic run to the NBA Finals every year since playing together, and their respect as well as admiration for each other is unlike any other. LeBron has played with some incredible players, but when asked about Jones, his answer highlighted their relationship.

“He’s my favorite player of all time,” said James to ESPN’s Dave McMenamin in regards to Jones.

LeBron went on to say he’ll always have a roster spot as long as he’s playing.

“I told J.J., as long as I’m playing, he’s going to be around,” said James. “He’s not allowed to stop playing basketball. So, I’m going to make sure I got a roster spot for him. I love him. He’s the greatest teammate I’ve ever had.”

Of course, the feeling is mutual between the pair of them. LeBron has achieved so much in his career already, and being the ultimate teammate that he is, Jones has always pushed him to be the best.

“He knows I’m eternally indebted to him, and most importantly, because he’s done that for me, the only thing I want to see him be is the greatest player ever to play this game,” said Jones. “And not just a great basketball player, but a man, a father, a husband, an individual, an icon. And so, that’s why we share that bond, because I told him my goal, my focus here is to win championships and to help him build his legacy so that he’s iconic.”

“When they think about the greatest player to ever play the game of basketball and one of the greatest athletes to ever impact the sport or impact the world, I want that to be him and no one else,” said Jones.

After such a rollercoaster ride, sadly, Jones opened up about his plans for a retirement in a recent interview with Lang Greene of Basketball Insiders:

“I feel great right now,” Jones said. “This is [year] 14 for me. I’ve always said if I get to 15, that’ll be the point where [I retire]. For me, as a kid who just dreamed of making it to the NBA and hoping to play for a couple years, to be able to say I played 15 seasons in the NBA, that’s a personal milestone. That would give me great personal satisfaction.

“I’ve always said that when I feel my teammates aren’t challenged by my presence, then that would be an external sign to leave. The way I’m rolling and feeling now, I don’t think that will be an issue. I won’t have to walk away from the game. I think 15 years will be plenty for me.”

Jones has had a solid career averaging just 5.4 points, 1.9 rebounds, and 1.1 three pointers in 16.2 minutes, but enduring many playoff battles. Jones always stays ready, and although he won’t be in line to play many minutes this season, he will definitely be important to the Cavs locker room as a veteran presence.

Now that Cleveland has it’s NBA Championship, Jones and the Cavs now have their sights set on the ultimate goal once again.

“It’s a very, very fulfilling experience to be a part of that 15. My shot isn’t going anywhere and I’m confident in my preparation and my approach so that when this team needs me to help, I’ll be ready. And to be able to have teammates that understand that and appreciate that makes the struggle, makes the uphill climb, worth it.”

After making NBA history coming back from a 3-1 deficit in the Finals, Jones stated there will definitely be no championship hangover for the Cavs.

“There were a few times in our championship run where we weren’t favorites,” Jones said. “So there is no championship hangover because, for us, we still aren’t favorites. We won last year against [Golden State] – we did it in spectacular fashion and people couldn’t believe that happened. And here we are today, trying to repeat this year and people still don’t believe that will happen. So we have all the external motivation we need. But in order for external motivation to mean anything, you have to have guys who are internally motivated.

“This group, especially with the additions of Mike Dunleavy and Birdman (Chris Andersen), we have guys who are hungry and just want to win. That whole thought process permeates our entire team and that’s why we’re a special group. We’ve got to win every day, every possession, win day by day, and get back to the Finals. We have to be consistent over the year to try to get back and not follow the mindset of thinking that we’ve arrived, that we’ve peaked because all the teams that didn’t win last year got better and found ways to either internally or externally increase their team’s capacity. So we have to do the same if we want to stand a chance.”

It’s obvious that the desire to win still burns inside, and Jones is leaving nothing on the table even though it will be his last season. After being crowned the champions, he is now looking forward to being the most hunted team in the league thanks to their NBA title.

“I relish it,” Jones said of the target on the Cavaliers. “Because not only is it a factor for us, but also for our opponents. The nature of this business is ultimate competition and we want that. Those are the games that are memorable, those are the battles that you remember when you retire and walk away from this game. The only thing you can really get out of this game is competition. We you go into it knowing that the fans will be hostile and trying to win fans. Because at the end of the day, only two teams stand and the fans that are watching basketball, they usually have to pick a side. We’re fighting to make sure it’s us.”

It will be hard to see J.J. retire, as he is a consummate professional and a teammate every franchise craves. His locker room presence within the championship run may be impossible to replace, and his guidance and mentorship will be sorely missed. He is gearing up for one last ride, with three championships already in his trophy case, Jones is looking for one more before he calls it a day.