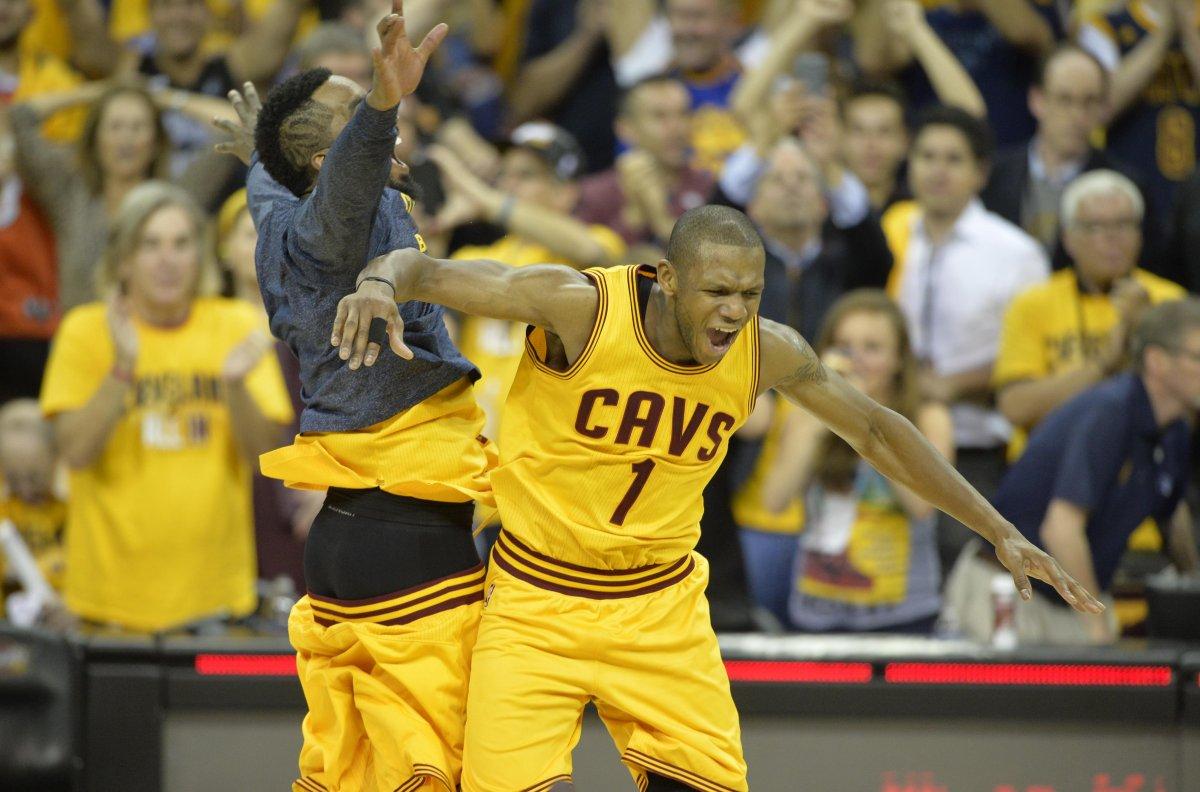 The Cleveland Cavaliers got off to a much better start in Friday night’s home game against the Sixers than the road game in Philly earlier in the week. Philly dominated the first half of the first game, and although Cleveland started Friday’s game strong and had a double-digit lead in the first half, the Sixers responded to take a one point lead into halftime.

The Cavs offense was running smoothly, but their defense seemed to have an on/off switch. A team that won just 18 games last season was looking to win it’s first this season in Cleveland. That is, until James Jones gave the Cavs a halftime speech to spark them.

“I respect J.J. probably more than anybody (on this team) just because of my relationship with him and how long we’ve been together,” said LeBron James. “So, it’s my job to respond.”

LeBron played with Jones for five years in Miami and Cleveland, so he’s someone that LeBron definitely trusts.

“Obviously, we were just in the motions in the first half and ended up playing inspired basketball,” LeBron James said. “J.J. got on all of us, and we responded in the third quarter.”

Jones only played 13 minutes in the game, and finished with just three points on 1-6 shooting, but Kevin Love talked about the message ‘Champ,’ as they call him, relayed to the rest of the team.

“What Champ said at halftime: ‘If we want to be a great team, we have to do things a different way,’” Love said. “That hit home for us. Not much needed to be said (after that). We just went out there in the third quarter and had a lot better effort.”

“He’s been there, done that before,” Love said. “When he speaks, we tend to listen. Champ is a guy that has a voice in the locker room.”

The Cavs take on the Indiana Pacers on Sunday afternoon at 3:30PM EST back at Quicken Loans Aena