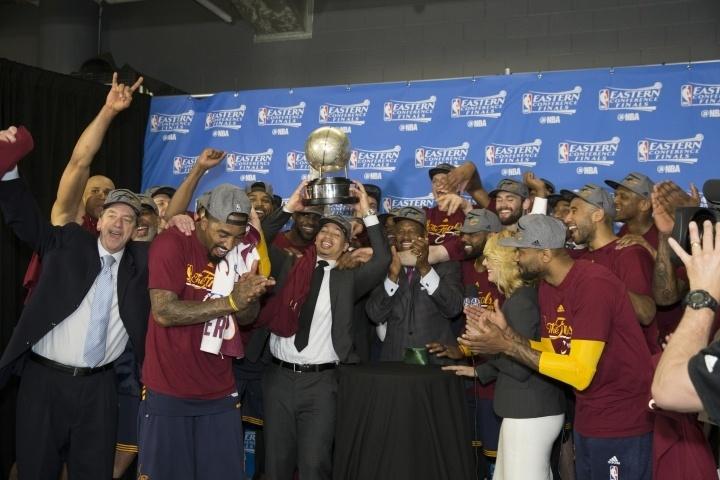 With the Cleveland Cavaliers having another crack at winning the NBA Finals this year featuring what’s arguably their best roster ever, everything is looking up for the franchise. They are a top tier team in the league, and they have LeBron James, Kyrie Irving, and Kevin Love, all of whom are considered as major NBA brands.

But amidst the bright prospects, an integral member of the Cavaliers organization is set to part ways. Gund Investment Corporation CEO Gordon Gund is reportedly looking to sell his stake in the franchise, per Bloomberg’s Scott Soshnick.

The pro basketball franchise best known for four-time MVP LeBron James is worth about $1.1 billion, said valuations expert Peter Schwartz. The stake held by Gund, who owned the Cavaliers from 1983 to 2005, is worth as much as $160 million, said Schwartz, a presidential research scholar at New York University.

Gund, 76, and his late brother, George, sold their controlling interest in the team to a group led by Quicken Loans Inc. founder Dan Gilbert in 2005 for about $375 million. As part of the deal, Gund retained about a 15 percent stake. It’s not clear whether Gilbert has the right to approve prospective buyers, as is often the case in limited partnership sales.

How would you like to be LeBron James’ boss? There is a stiff price to pay. Right now, the franchise owns the a league-high payroll, which is expected to even go higher with James primed to maximize the coming salary cap increase.

RELATED: Uber CEO Makes Offer To Get LeBron James To Get Started With Company

But with a lot of factors going in favor of the franchise, it might be a wise investment – as long as you have the money.