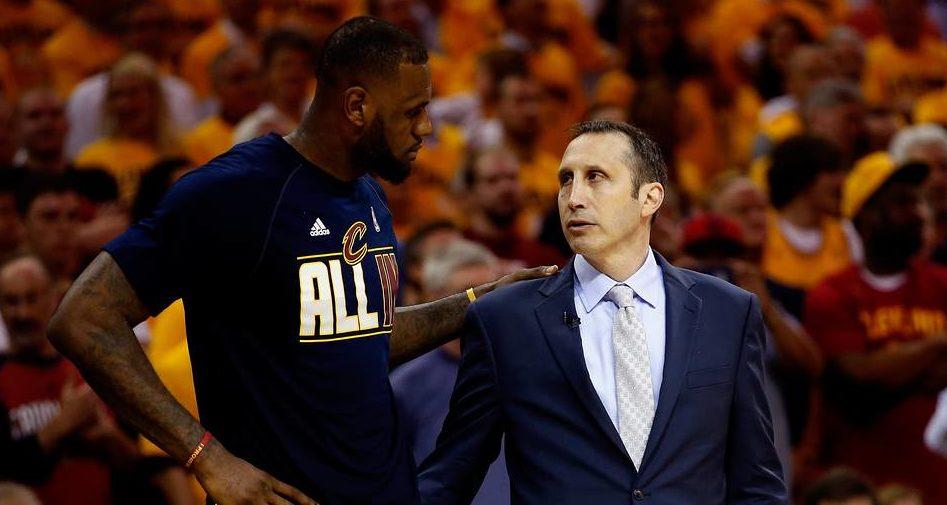 David Blatt had a 53-29 record with the Cleveland Cavaliers in his rookie season, and after making the NBA Finals and falling just two games of an NBA Championship, followed that up with a 30-11 start to the 2015-16 season.

His sudden firing in mid-January brought a lot of unnecessary and negative attention to LeBron James and the Cavs organization, but it ultimately proved to be the right move as the Cavs went on to win the NBA Championship in the most improbable way under new head coach Tyronn Lue.

According to Jason Lloyd of the Akron Beacon Journal, Blatt will be receiving a championship ring from the Cavs. Whether he’ll be in attendance on opening night of the NBA season is unclear, but the Cavs have indeed ordered a ring for Blatt.

David Blatt is getting one more parting gift from the Cavaliers: a championship ring.
Blatt was fired at the midpoint of the Cavs’ championship season, but the team has ordered a ring for him, too, multiple sources confirmed to the Beacon Journal.

Considering the circumstances, Blatt did the best he could to lead the Cavs, but the organization ultimately felt he just wasn’t the right fit for the team after a couple of bad losses and a negative feel around the locker-room even after some victories.