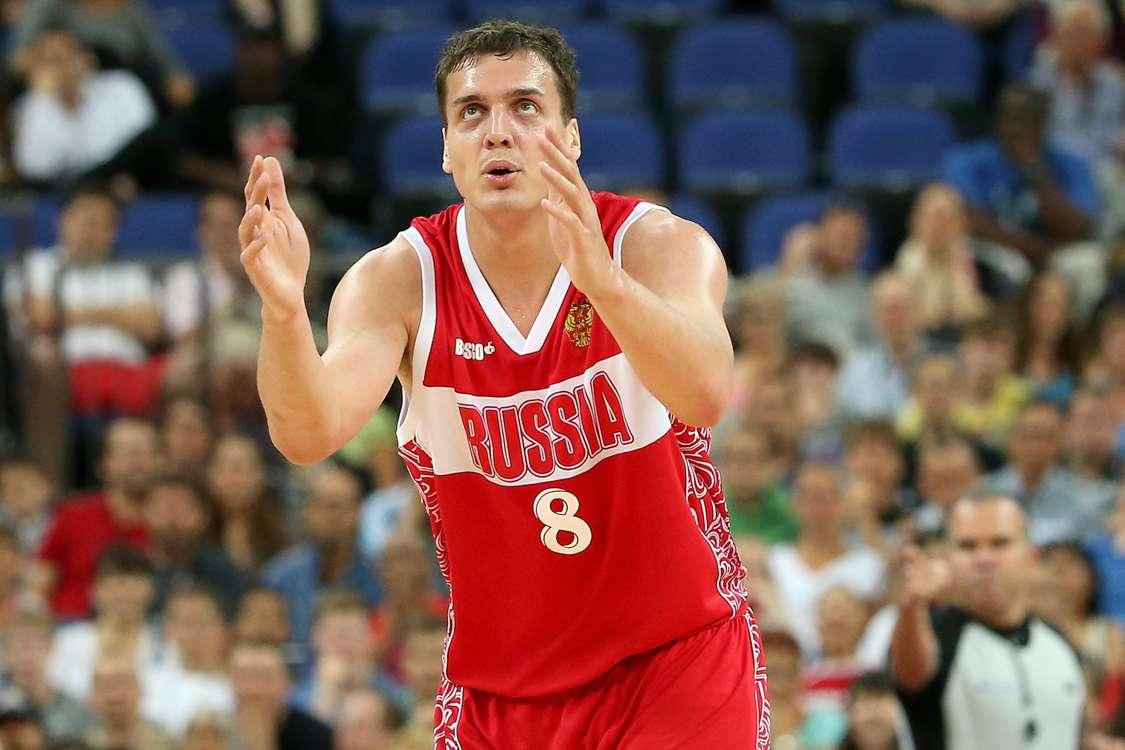 Cleveland’s offseason has been dramatically predictable, especially in their front court. After Kevin Love announced his decision to take care of unfinished business and Timofey Mozgov accepting a qualifying offer to play for a larger contract next season, all that’s left for Cavs fans to do is welcome back Tristan Thompson. Then came Sasha Kaun, a former teammate of Mozgov’s and player for Coach Blatt’s national Russian team, became a very attractive option. Today, reports surfaced that the Cavs have landed the backup Center:

This can only be good for the Cavs. Kaun told reporters that he’d bring a full package to the Land at a bargain:

“Hopefully coming to this team, it will give us an opportunity to win, and winning is more important to me than money. I don’t think I want to do it (play basketball) because of the money. Just play basketball and enjoy it and play with some really great players. That’s the more important thing.” – Sasha Kaun

Whether the Cavs use him as a negotiating tool for Thompson’s contract talks or just a cost-effective reserve is irrelevant. What this move does stress is Cleveland’s understanding of their weakness of depth and chemistry in the playoffs. It also illustrates the Cavs’ recent attention to recruiting young European talent, a relatively untapped market that teams like San Antonio have taken advantage of and former Cavs’ Coach Mike Brown tarnished. Sasha Kaun won’t be any game-changer averaging 7.6 points and 3.6 rebounds in six Euroleague seasons; but he did shoot nearly 60% from the field and like his Russian twin tower, he gives the Cavs a hard-worker that can flourish in a competitive environment. Fortunately, Mozgov plays better with his counterpart than against: