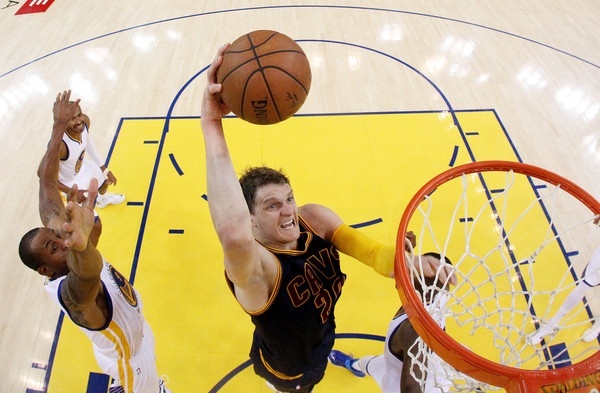 The Cleveland Cavaliers are one of the only teams to not make a move this offseason while may other teams are getting better through free agency and trades. A main reason for the lack of moves is the Cavs having just a little under $3.5 million in the mid-level exception to use on signing players.

The Cavs are still looking for a big man since Mozgov bolted for Los Angeles, and Chris Haynes of Cleveland.com has reported that the Cavs have reached out to David West. In an earlier piece, I stated that West would be the perfect piece for the Cavs that no one was talking about, and now the Cavs will try to bring the forward to the Central Division once again.

If free agent David West chooses to continue his playing career, the Cleveland Cavaliers are one of many teams interested in acquiring the power forward, league sources informed cleveland.com.

West, 35, is “still weighing all of his options,” cleveland.com was told. Retirement is one, following his lone season with the San Antonio Spurs.

West last played for the San Antonio Spurs, a destination he chose after opting out of his $12 million in Indiana while chasing a championship. The Cavs were interested then, but West ultimately decided to go south to San Antonio. Now, West has a chance to play for a championship again, and the forward still has a lot left in the tank.

According to Haynes, however, West is currently weighing his options with one of them being retirement. At 35 years of age, West made a big impact for San Antonio averaging 7.1 points, 4.0 rebounds, and 1.8 assists in just 18 minutes of action.

West does have career averages of 14.8 points, 6.9 rebounds, 2.2 assists, 0.8 steals, and 0.8 blocks while shooting 49% from the field. West would fit perfectly into what the Cavs run because of his consistent ability to knock down the mid-range jumper as well as bang in the post for some buckets. Here’s a look at his most recent shot chart with the Spurs. Stay tuned for the latest on the Cavs free agency news.