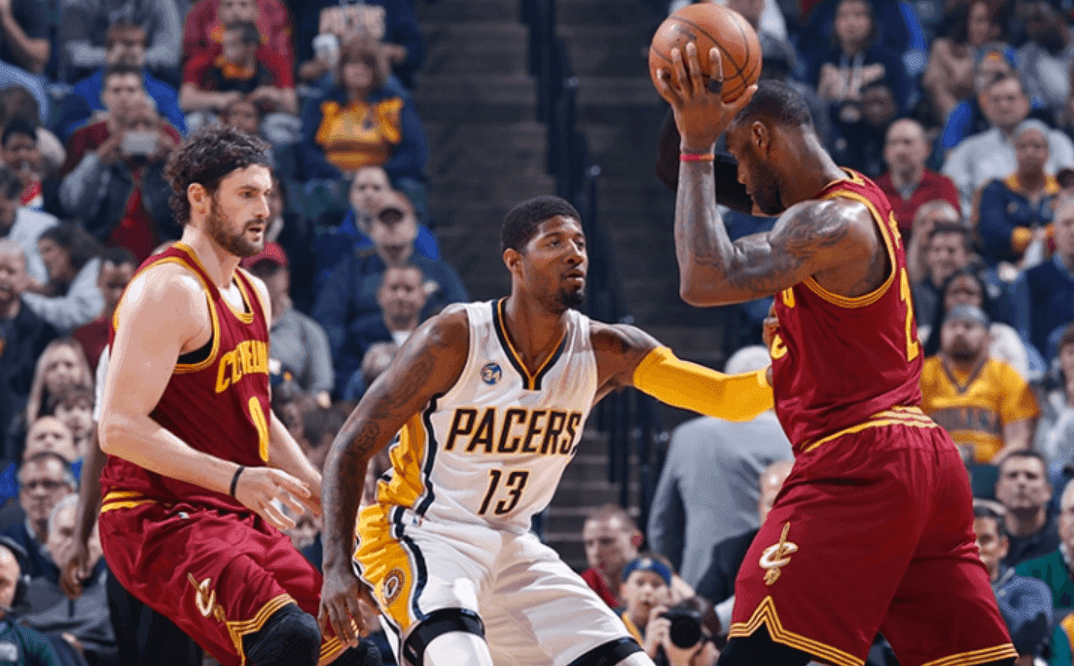 The Cleveland Cavaliers have seemed hell bent on making a move this offseason following the 4-1 loss to the Golden State Warriors in the NBA Finals. There have been countless discussions about players like Jimmy Butler, formerly of the Chicago Bulls and now of the Minnesota Timberwolves, as well as disgruntled Indiana Pacers‘ forward Paul George, who has told the team he will be leaving them next summer.

According to both Marc Stein and Chris Haynes of ESPN, the Cavs, Pacers, and Denver Nuggets have been in trade talks that would send Cavs’ forward Kevin Love to the Nuggets and George to the Cavs. It’s unclear at this time who the Pacers would be receiving in the deal, but Haynes adds that Nuggets forward Kenneth Faried could be on the move to Cleveland. Faried, Wilson Chandler, and Emmanuel Mudiay are all players said to be available for a trade, while Nikola Jokic and Jamal Murrayare reportedly off limits.

League sources: Cavs, Pacers and Nuggets have discussed a three-way deal that would land Paul George in Cleveland and Kevin Love in Denver

Seeing the Nuggets as a third team that could get involved to make a George-to-Cavs move happen is an interesting development in the saga. According to both Stein and Haynes, the Nuggets have made upgrading their power forward position a focus this offseason, hence their very serious interest in Love. How much would they be willing to give up in exchange for Love remains to be seen, but Faried could certainly be involved.

The report also states the Cavs will be leading candidates to sign Carmelo Anthony should he secure a buyout from the dysfunctional New York Knicks. The Knicks have been unable to find a suitable trade for him that would convince him to waive the no-trade clause in his contract.