Report: Cavs could look to add Lakers' guard if waived 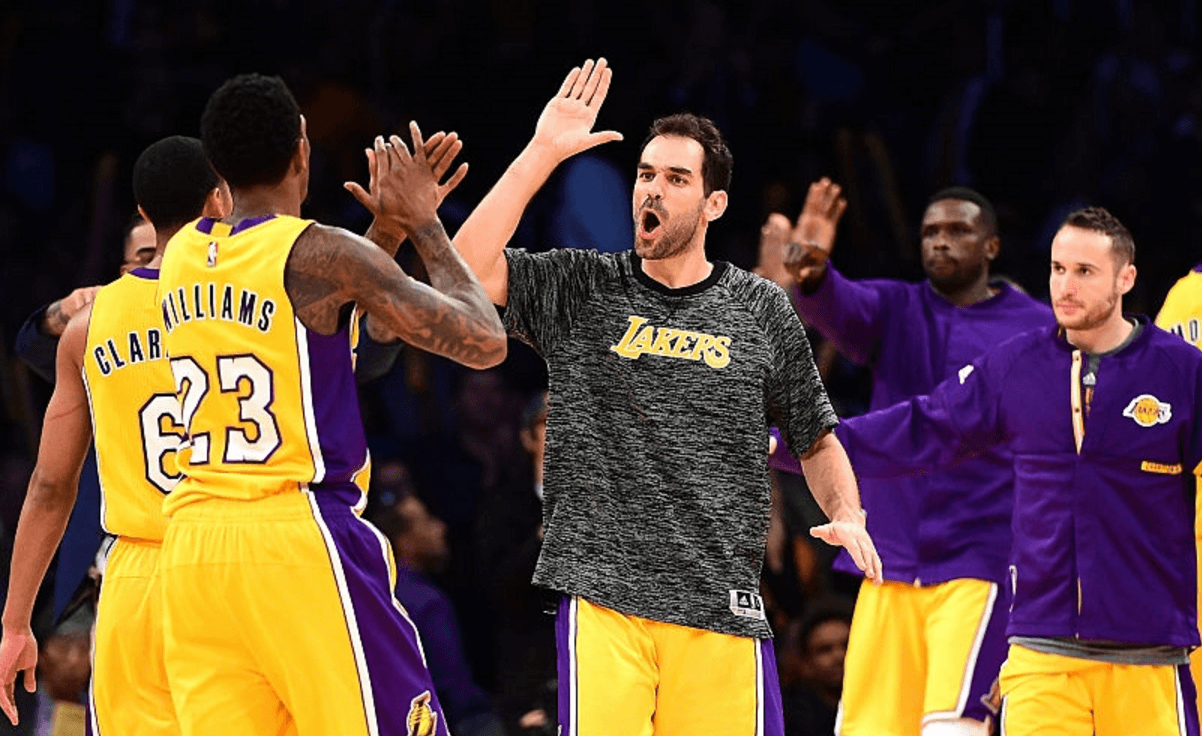 The Cleveland Cavaliers added sharpshooter Kyle Korver in a trade with the Atlanta Hawks last week, but they’re reportedly not done making moves as they search for a point guard.

In the last couple of weeks, the Cavs have been linked to Mario Chalmers and Jarrett Jack, who are coming off of season-ending injuries. According to Chris Broussard, however, the Cavs could also look to target a point guard on another team out on the West coast.

Los Angeles Lakers’ guard Jose Calderon could be waived by L.A., and he’ll have no shortage of suitors upon clearing waivers.

If Lakers waive Jose Calderon, don't be surprised if he ends up in Cleveland.

Calderon is a solid veteran point guard who can create for teammates and hit the open shot from beyond the arc. Unfortunately, he currently sits on a rebuilding Lakers’ squad and is behind D’Angelo Russell, Nick Young, Jordan Clarkson, Lou Williams, and Marcelo Huertas on the team’s depth chart. He did see some action when the Lakers’ guards came down with injuries, but when healthy, he provides nothing more than a veteran presence and voice in the locker room.

The Cavs have a glaring hole at the backup point guard spot behind Kyrie Irving. Kay Felder has immense potential and he’ll continue to develop his game, but it’s hard to envision the Cavs trusting and using Felder as the head of their offense in a late-round playoff game come late May or June.