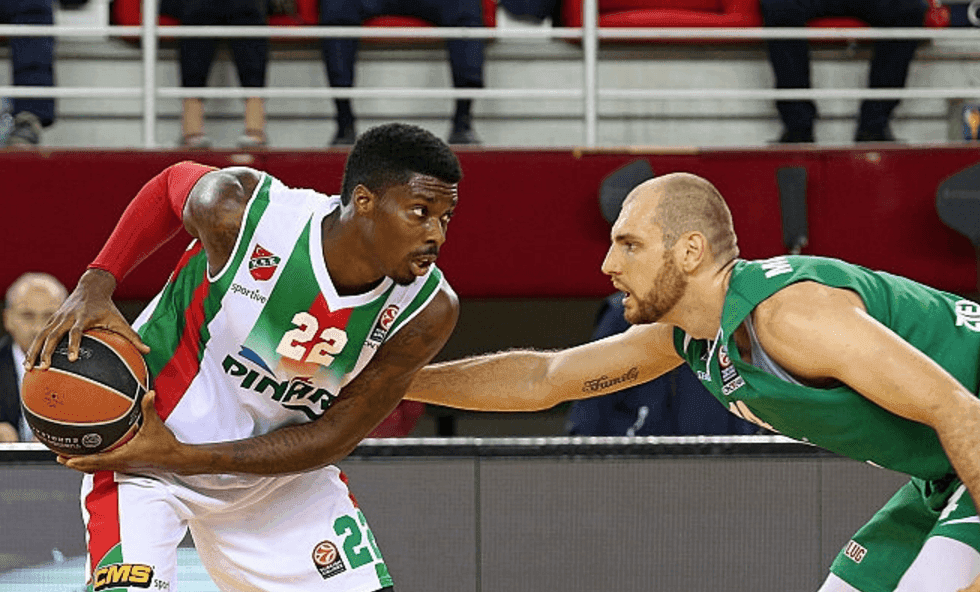 The Cleveland Cavaliers have their core nearly locked up with just J.R. Smith left to re-sign. LeBron James has already said that he’ll return and will sign his contract soon. However, the Cavs have a couple of roster spots still up for grabs and a couple of players who could very well end up filling them.

RELATED: Jordan McRae Lights Up D’Angelo Russell And The Lakers

Jordan McRae, Kay Felder, and Dahntay Jones are likely to make the team, and that would give them a total of 14 players on the roster. It’s unclear what James Jones will do, but without Jones, the Cavs have one roster spot open. Here’s what the roster looks like right now, supposing J.R. Smith re-signs with the team.

According to international basketball reporter David Pick, the Cavs have had significant interest in Kenny Gabriel since May, and the feeling is mutual.

Cavaliers offer to Turkish All-Star Kenny Gabriel has been on table since May. There is mutual interest, I've told.

For a lot of you who probably don’t know, Gabriel is a 6’8″ forward from Auburn University, where he averaged 12.2 points, 7.3 rebounds, 1.0 assist, 1.1 steals, and 2.3 blocks in his junior year in the 2011-12. Since then, he’s been playing in Europe trying to develop his game and specifically his jump shot.

Gabriel spoke with Sam Amico of AmicoHoops.net about his game’s improvement and the Cavs interest in him.

The Cavs discovered Gabriel almost by accident. They were in Turkey watching 2015 second-round pick Cedi Osman, and Gabriel played for an opposing team.

That was around the start of the New Year, and the Cavs “really liked me,” Gabriel said.

They began recruiting Gabriel for their summer squad shortly thereafter.

He spent the past two seasons playing in Turkey. Through it all, he’s reinvented his game.

“I’ve put a lot of emphasis on working on my shot, and just being confident in it,” Gabriel said.

It seems to be doing the trick.

Gabriel was on the Cavs Summer League team, where he averaged 7.4 points and 3.7 rebounds on 39% from the field and 27% from downtown. His numbers didn’t stand out, but Gabriel was everywhere for the young Cavs squad.

We’ll see if the Cavs and Gabriel can come to an agreement on a deal.