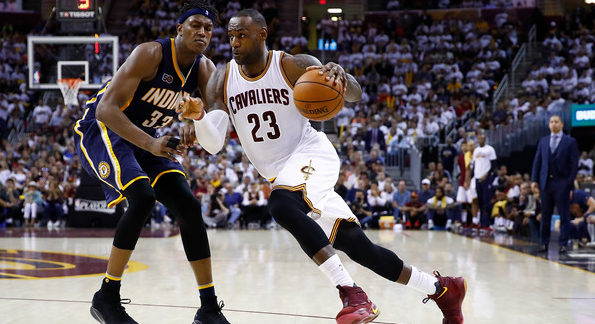 The 2017 NBA Playoffs kicked off with the Cleveland Cavaliers and Indiana Pacers, in what turned out to be a fight to the very end.

Indiana had a great look at a shot to win the game on the buzzer, that former Cavalier, C.J. Miles failed to hit. But following the game, the NBA released their Last Two Minute Report, revealing two major mistakes.

The biggest missed call was that of Kyrie Irving‘s drive to the cup. With the Cavs up four with 50.3 seconds on the clock, instead of Irving heading to the line, Cleveland turned the ball over eventually resulting in a Pacer score.

Obviously, a call with Irving at the charity stripe and giving the Cavs some breathing room would be the ideal ending. Regardless, everyone saw the Cavs pull it out in the end, and in the playoffs it doesn’t matter how you win, just that you win. 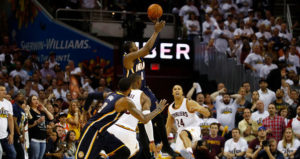 JUST IN: LeBron James on Game 1: 'He missed, we won'
Related TopicsCavaliersPacers