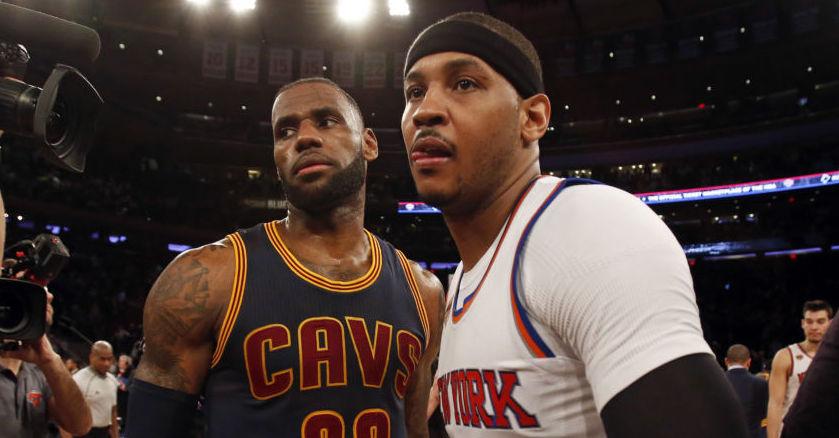 The Knicks have been in serious talks with the Rockets since the acquisition of Chris Paul, with general manager Daryl Morey intent on making an aggressive push for a Big Three scenario in Clutch City.

After managing to pry Paul from the L.A. Clippers, the Rockets followed suit by making aggressive strides to land swingman Paul George and consequently sixth man Andre Iguodala, failing to get either of them onto the roster and now switching their crosshairs to the next best talent at the small forward position in Anthony.

Anthony has been vocal about preferring to land with the Cleveland Cavaliers, but given their dire salary cap situation, they will be forced to make a lot more moves to land the 6-foot-8 wing after signing Kyle Korver to a three-year, $22 million deal earlier today.

The one obstacle keeping this potential move to Clutch City from going through has been the Knicks’ reluctance of taking in the massive contract of forward Ryan Anderson, who is owed $61.3 million over the next three years.

Anthony has two years and $54.1 million guaranteed left on his contract, along with a trade kicker that could raise that sum to an additional $8.1 million if traded. The perennial scorer does have the option of lowering, or waiving this kicker in order to facilitate a deal.

The Knicks have been largely avoiding taking on long-term commitments to older players in order to make Anthony’s exit the organization’s main priority this offseason, allowing for the maximum flexibility to take on incoming salaries.

Anthony ultimately holds the key to either trade avenue, as he will likely be the shot-caller to get any deal finalized — more so than any front office can do to control it.

This very aspect can make it a living hell for New York to demand any significant assets to either of these teams, who are now his preferred destinations.