Rejuvenation of the Cavs-Bulls rivalry? 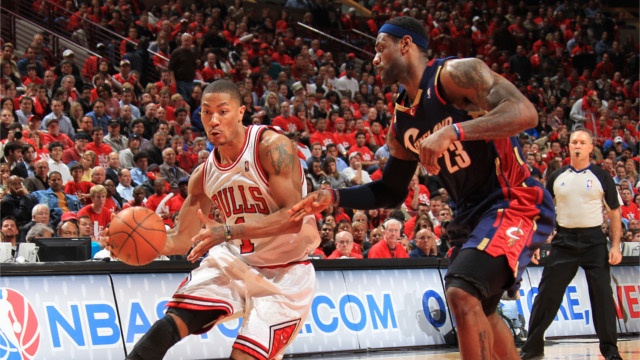 Since the return of LeBron James to Cleveland there has been talk of a return of the Cavaliers-Bulls rivalry this season. Both of these teams have made key acquisitions this offseason, which make them championship contenders for the 2014-2015 NBA season. Also, the Bulls have the return of former-MVP point guard Derrick Rose this season while another former MVP, LeBron James returns to Cleveland. This sets the scene for some great battles not just this season, but seasons to come.

All Cavs fans remember how Joakim Noah of the Chicago Bulls trash talked LeBron James every game they played in the past. Back in 2010, Noah told the world his true feelings about the city of Cleveland by saying “Cleveland really sucks” then continued on to say “I don’t know about this place man, I just stayed in my hotel room. Every time I look out my windows it’s pretty depressing here. It’s bad. It’s bad. No – no going out in Cleveland, man. It’s all factories.” Noah was asked later on that year if he regretted what he said. He said “Not at all” and went onto say “You think Cleveland’s cool? I’ve never heard anybody say I’m going to Cleveland on vacation. What’s so good about Cleveland?”

{adinserter 2} Well it looks as though this picked up right where it left off. When the Cavaliers made the move to sign LeBron James earlier this off-season, Noah was quoted saying “I’m happy for LeBron. He gets to go home; people are happy over there. I really hope we can kick his a** as many times as possible.” Noah has immediately ignited a rivalry between these two clubs, which both attempt a championship run.

The Cavs – Bulls matchups have potential to become a new and premier rivalry in the NBA. With Cleveland adding on all the talent they did this season, they are an instant contender. The Bulls have added talent as well as getting a rejuvenated Rose back, which puts them into that contender role in the weak Eastern conference. It seems as though both teams are built to match-up well against one another and being within the same Central Division they will not only be competing for the #1 spot in the East, but also the #1 spot within the division. It looks as though the future holds quite a few battles between these two teams and both teams appear to be ready and excited. Let the games begin!