Ref Admits To Inadvertent Whistle Towards End Of Cavs-Bucks Game 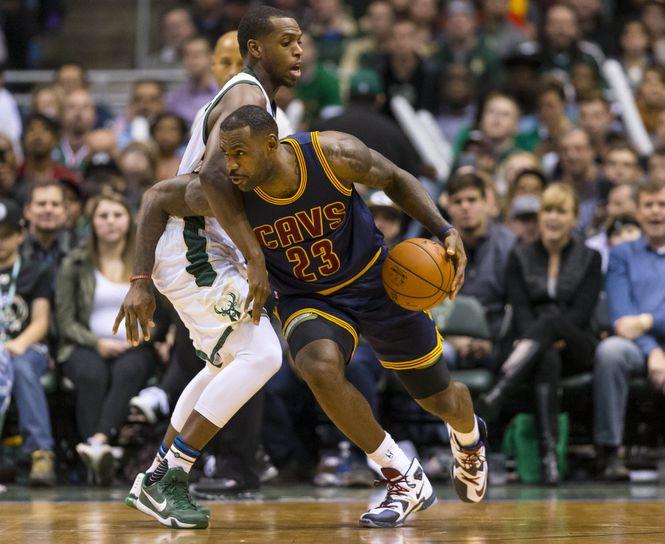 The Cleveland Cavaliers we’re on the verge of stealing a road victory in Milwaukee despite another sluggish start until chief official Marc Davis blew his whistle. It could have been the team’s ninth straight victory.

The call happened when the Cavaliers, off a LeBron James block, were looking to surprise the Bucks on a fast break attack with the game tied at 96 and less than ten seconds remained on the clock. Then all of a sudden, Davis stopped the play as he thought that a timeout was called from the Cavs bench.

The rule only allows either the head coach or any player on the floor to call for a timeout. LeBron James was visibly irate at the stoppage and Coach David Blatt was clueless why the timeout was called on the Cavs.

Coach said if we get a stop, then go ahead and go, because they might expect us to call a timeout.

We got a stop, [Matthew Dellavedova] got the board, outletted to me and I had a full steam, and we had an inadvertent whistle, so I’m guessing that they heard someone call timeout. But the rules, I know the rules, and only the head coach can call a timeout, and Coach Blatt didn’t call a timeout, so, you know, it’s over and done with now.

According to Davis, he heard the Cavalier bench call for time and the video replay showed Kevin Love, Mo Williams, Jim Boylan, Larry Drew, and Stephen Spiro as the suspects.

I blew the whistle with 7.4 seconds because I was in my action refereeing the play, and off to the side I heard Cleveland’s bench ask for a timeout. I granted them the timeout, at which [point] I looked at the head coach David Blatt and realized that he hadn’t asked for the timeout. [I] made an inadvertent whistle, which allowed the offensive team to call a timeout.

The inadvertent whistle obviously was a crucial turning point but it wasn’t the reason why the Cavs lost the game. LeBron James knows this all too well.

That’s not why we lost the game, but it’s something you wish you could have back.

The Cavaliers have built a bad habit of slacking off to start games and they even trailed by 11 points in the fourth quarter against the Bucks. The team can’t do this anymore and everyone knows that they should not have put themselves in that position – at the mercy of one call.

While nine straight wins would have looked cute, 8-and-2 isn’t too bad especially with the valuable lessons that they are learning this early.