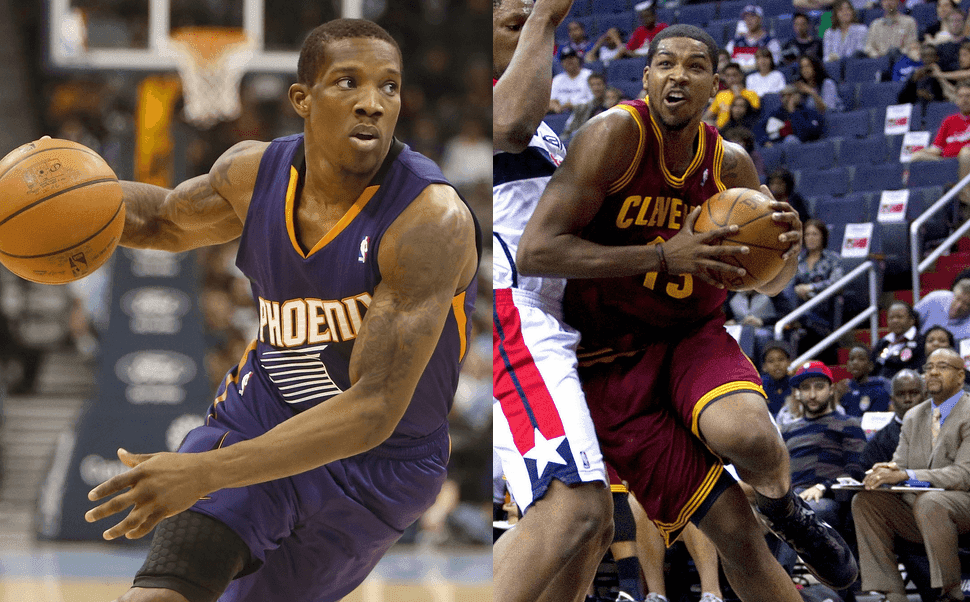 We’re going to get right to it. These talks between the Cleveland Cavaliers and Tristan Thompson have gone on way too long. The last time a rookie extension took this long to figure out was actually just last season, when the Phoenix Suns and Eric Bledsoe finally agreed on a contract extension in late September. It took the two sides almost three months to agree on a 5-year, $70 million extension that is actually pretty well deserved for Bledsoe aka ‘Mini-LeBron.’

That’s right, Bledsoe and Thompson, who are both great friends with LeBron James, are both represented by Rich Paul. It would have been a bad move for the Suns not to re-sign Bledsoe, but it was also a bargain for a player who does it all. This contract stalemate just one year later, however, is a little different.

Eric Blesoe is a starter and likely will be for the rest of his career. He’s proven that he can do everything from score, rebound, assist, get steals, blocks, and play lock down defense while getting better year after year. Despite coming off of a knee injury that caused him to miss over half of the season, Bledsoe still received a 5-year, $70 million deal that now seems to be a bargain if Tristan Thompson ends up receiving the 5-year, $80-$94 million deal that has been thrown around a few times this free agency period.

There was no way the Suns were going to let Bledsoe go, so they locked him up to a deal before the pre-season games began. With Tristan Thompson however, the Cavs would be paying a huge amount in taxes ($46 million to be exact) if he signed a 5-year, $94 million deal and would also be overpaying a guy who’s pretty much only a proven rebounder.

That’s likely why Paul gave the Cavs an ultimatum where he said that Thompson either gets a long-term deal with Cleveland or signs a one-year qualifying offer and leaves Cleveland next offseason. The one and only card Paul is playing here is LeBron James. James and Paul are really good friends and James has repeatedly let it be known that he wants the Cavs and Thompson to agree on a contract extension.

Throughout his career, Bledsoe has consistently gotten better every season and his only dropoff in 2014-15 can be attributed to the other guards he played with in Goran Dragic and Isaiah Thomas.

LeBron James, Kyrie Irving To Have Minutes Reduced Next Season

As a little bonus, to see the stats each player would likely be averaging if they played 36 minutes per game, here are Bledsoe and Thompson’s per-36 minute numbers over the years.

Thompson proved to be a huge part of the Cavs Finals run last season, there’s no doubt about that. However, when the Cavs needed offense behind LeBron James and Timofey Mozgov, Thompson was not there like the Cavs needed him to be. His game just hasn’t reached the point where you can give him the ball once or twice and he can go score on his own like the Cavs did with Mozgov in the Finals.

The Cavs have some big decisions to make as training camp and the preseason approaches, but this whole impasse should be finished by mid-September at the latest. Last offseason, it made sense for Paul and Bledsoe to wait until the Suns offered a contract they wanted. This offseason, Thompson has already garnered a lot of criticism for being ‘greedy’ and ‘unprofessional’ to quote a lot of fans. Thompson will likely want to win his fans back after all of this if he does sign long-term in Cleveland. Terry Pluto of Cleveland.com still expects the Cavs and Thompson to agree on a long-term deal, but there really isn’t any sign that these talks are heading in the right direction.