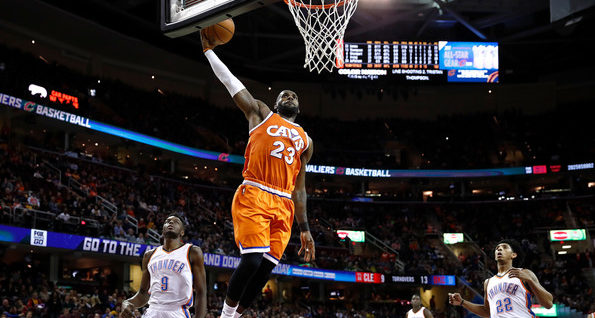 Even as one of the most decorated defenders in Spanish football history, he may be looking to add a Larry O’Brien trophy to his cabinet.

Ramos took to Instagram in an attempt to cross sporting worlds. He posted a slow motion clip of him rising up and dunking a basketball with ease, tagging LeBron James himself in the caption.

Preparándome para el #AllStar de la @nba🏀 Getting ready for the #AllStarGame🏀 Can you top that, @kingjames? 😉😂😎

“Getting ready for the #AllStarGame🏀 Can you top that, @kingjames? 😉😂😎”

The angle of the video is a interesting, leaving the question, trampoline or no trampoline? Either way, calling out LeBron James to a dunking challenge would have been like LeBron calling out Diego Maradona to a soccer challenge in his day.

Lucky for Ramos, his team has a game against RCD Espanyol on the same day as the All-Star game, so he won’t be Kevin Love’s possible replacement.

Maybe a Celebrity All-Star participant in the future?