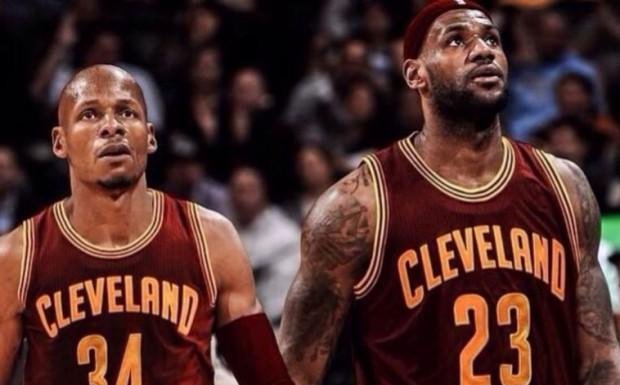 Amidst rumors that Ray Allen has made a decision about whether he’ll play basketball this season or call it quits and retire, sports anchor Mike Cairns reported that numerous people had seen Allen on the streets of Cleveland.

I think we are getting close to a decision #Cavs fans. I am hearing Ray Allen was in Cleveland yesterday. expected to make decision soon.

LeBron James visited Miami during the two-week break he took from basketball and reportedly spoke with Allen about coming over for a final championship run. Over All-Star Weekend, James also said he had a couple phone conversations with Allen. Non-pressuring calls of course, but calls that had James further explaining why Cleveland would be the best fit for them.

Ray Allen and LeBron James could reunite in Cleveland if Allen makes that decision pic.twitter.com/c9qsYpyPUC

It seems it may have worked as Allen seems close to a decision. Of course, everything is speculation at the moment, but Allen seems closest to being a Cleveland Cavalier than anything else. Stay tuned!