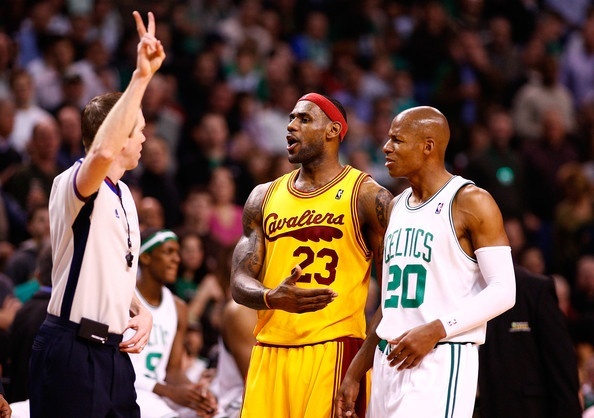 The 2014 offseason has been quite a memorable one for the NBA. From the highly skilled players drafted to the big names who have moved on to play for different and now contending teams, this offseason has been full of surprises. With the Eastern conference making the biggest moves, there are now multiple teams who have become Playoff contenders and even Championship contenders. Amongst the teams, the most favored to win it all is the Cleveland Cavaliers. Although they do not have a guaranteed Championship roster, many believe they are a key rotation player or two away from having the most powerful roster in the league. One of those players may be Ray Allen. Having one of the best shooters in NBA history may pay dividends for the Cavaliers in several ways.

For starters, Ray Allen has been in the league for a whopping 18 years, and with those 18 years comes a priceless and irreplaceable amount of experience. Allen has seen nearly every possible NBA scenario in his career. He’s been in the narrowest of pressure games and the most lopsided losses. With the Cavaliers having a relatively young team for the 2014-15 season, every single player would benefit from having a player like Allen on the team. Whether it be on the court or just from the bench, the familiarity with situations that Allen has gained knowledge of over the years can help a lot of young guys learn what to do, where to be, and how to approach the different positions they’re placed in. Players like Dion Waiters and Matthew Dellavedova can learn where to perfectly place themselves on the court with ball handlers like LeBron James and Kyrie Irving. After all, Allen has made a lot of his living being in the right place at the right time.

{adinserter 2} Another way Allen can be the missing piece to this Cavaliers team is by providing his always reliable 3 point shooting. With the attention that James, Irving, and newly acquired Kevin Love will attract this coming season, there will be a lot of open spaces for shooters like Allen, Mike Miller, and James Jones. LeBron already has playing experience with all 3 of those shooters, and he knows exactly where he needs to hit them to create the best scoring opportunities. And when it comes down to late game situations, well, we can already imagine the assortment of plays that could be drawn up to get the Cavaliers that much needed bucket.

Ray Allen may be the best 3 point shooter this league has ever seen, but that didn’t come to him overnight. Allen’s great work ethic is known by many among the league. The consistent work and effort that he puts into his game day-in and day-out makes him an outstanding player to have on this Cavaliers team. Last season, there were rumors and statements that some players were not competing to their best abilities at practice. Regardless of whether or not these were true, having Allen alongside James will only further progress the younger players’ work ethic and commitment to getting better. Having said that, a lot of that depends on the players’ focus, but Allen would have an immediate impact on the way they approach the game.

Only good would come if Ray Allen were to join the Cavaliers for one more run at an NBA championship before retiring. Everyone knows that Allen can retire peacefully and look back at his successful career with no regrets. But by joining the Cavaliers, Ray Allen would very much increase the teams chances of going the distance come playoff time and winning a Championship. And even if Cleveland can’t pull off the big victories when they matter most because of inexperience or injuries, having Allen on the court and sideline will only help progress the development of Dion Waiters, Matthew Dellavedova, and Kyrie Irving. From his 3 point shooting to the player/coach-like figure he would play on this team, Ray Allen would be more than welcome in the Land. 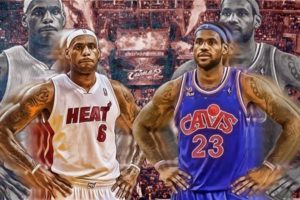