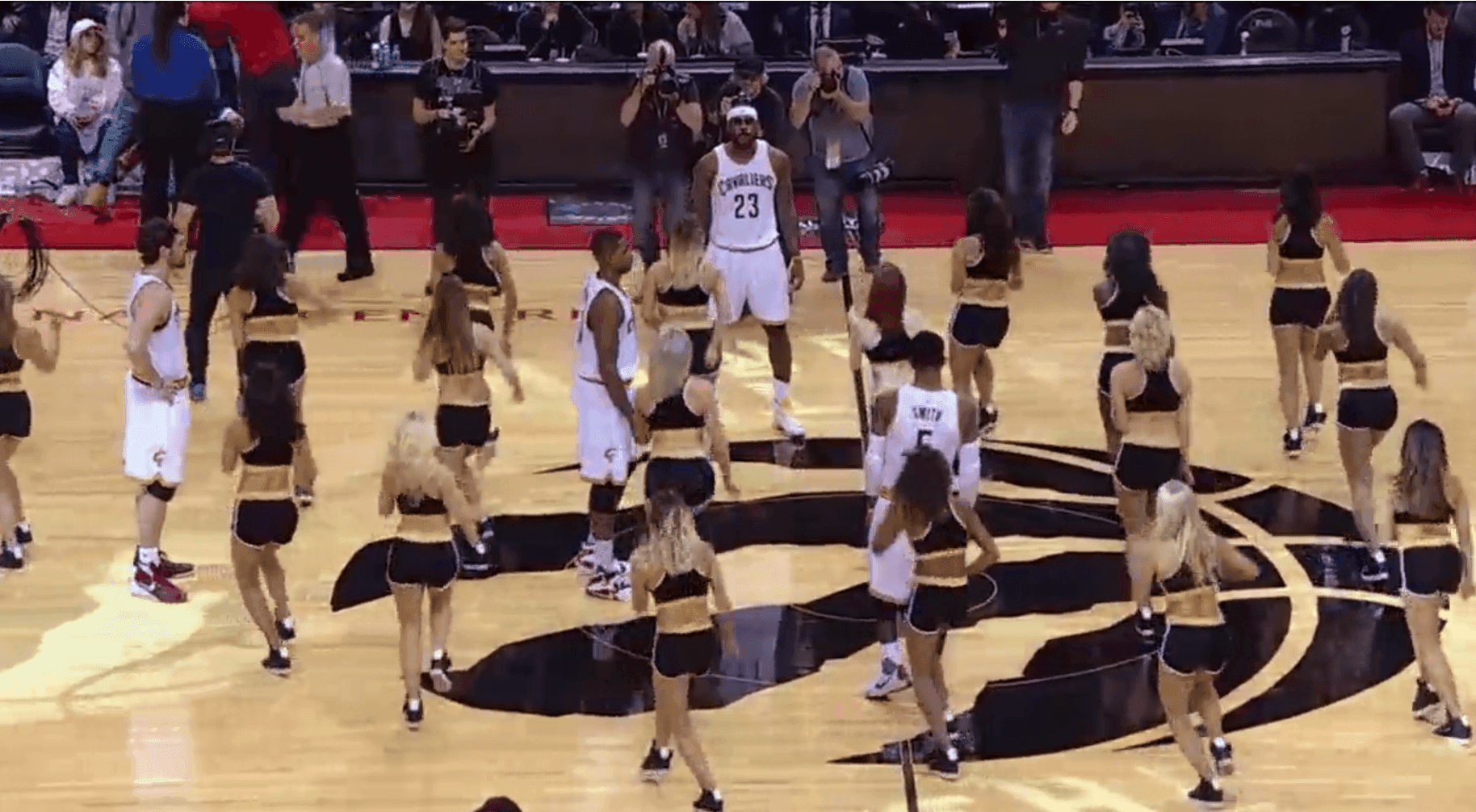 The Cleveland Cavaliers have stopped doing their pregame introductions early this season as to not have any distracts before the game. They take the floor early, and await their opponents for the opening tip.

The Cavs stirred up some controversy a few games ago when they faced the Toronto Raptors and took the floor early. So early, however, that the Cavs players were standing between the Raptors’ dancers doing their pregame routine.

That video went viral, and so has this response by the raptors mascot. The Raptors hosted the Suns tonight, and their mascot ensured that no one would interrupt the dancers’ pregame routine this time.

Needless to say, it was a little rude for the Cavs to do that, but it didn’t go unnoticed by the Raptor. The Cavs face the Washington Wizards at home Tuesday night.