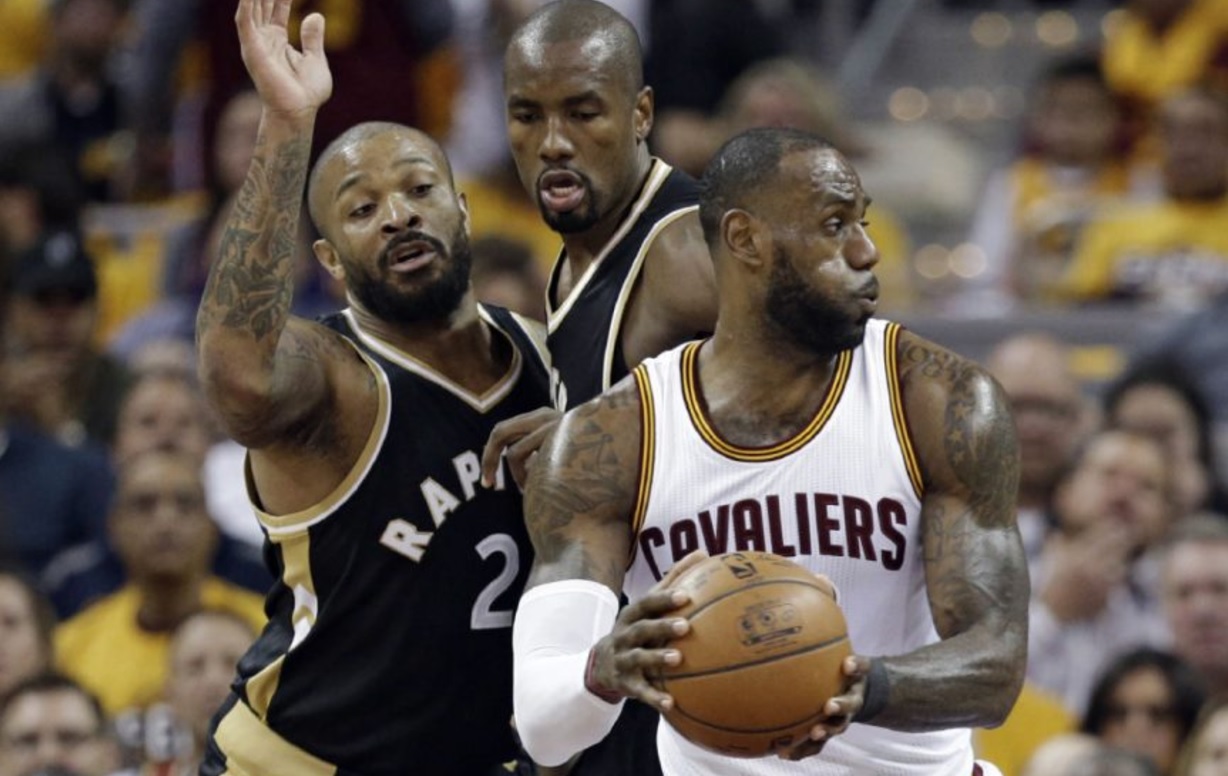 Tonight, the NBA’s defending champion Cleveland Cavaliers are in Toronto for Game 3 of the Eastern Conference Semifinals against the Raptors. Currently, the Cavs are leading the series, two games to none.

On Wednesday night, Cleveland torched Toronto in a 125-103 victory. Now, Raptors head coach Dwane Casey is asking his team to be more physical.

“To beat the champs, you got to throw punches,” coach Casey said prior to Game 3. “Whether they’re haymakers, undercuts or whatever. Maybe a couple below the belt. But you got to box. You got to fight, you got to compete.”

The Cavs hold a 13-0 record when leading in a playoff series 2-0. When asked about Casey’s call for physicality in tonight’s game, Cavs head coach Tyronn Lue said he had a similar discussion with his team today.

So, both coaches are calling for more physicality tonight. However, coach Lue also wisely noted that his team needs to keep their composure.

It will be interesting to see how tonight’s game is officiated if all of this talk of tough play comes to fruition. The Raptors will certainly be looking to defend their home court at all costs, and with the Cavs being a bit injury prone over the last couple of years, they’ll have to watch for any dirty shots from Toronto like the shoulder tackle to LeBron James at the hands of Serge Ibaka in Game 1. 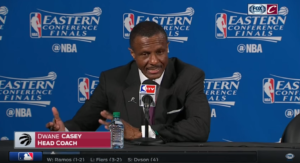