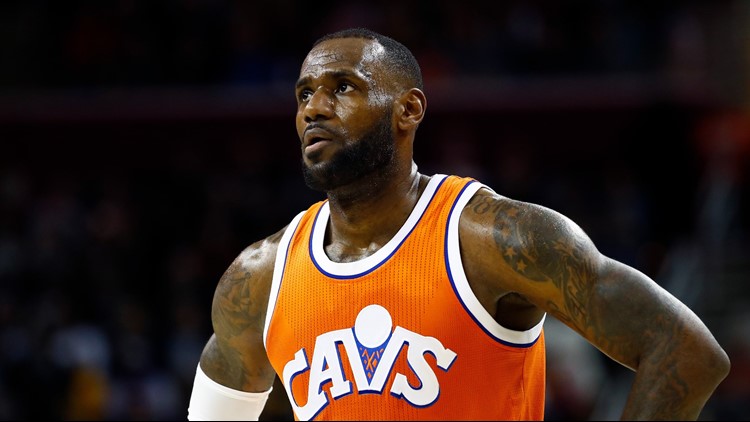 The Cleveland Cavaliers will be gunning for a seventh straight victory on home court when they host the slumping Toronto Raptors on Tuesday as 1.5-point favorites on the NBA odds at sportsbooks monitored by OddsShark.com.

The Cavaliers have played impressive defense during their current hot streak on home court. The team is coming off a stingy 98-87 win over the visiting Dallas Mavericks as 10.5-point chalk on Sunday, and has held opponents to 95 or fewer points in three of six home contests ahead of Tuesday night’s Raptors vs. Cavaliers betting matchup at Quicken Loans Arena.

The offense has also come through when required, tallying 118 or more points in six of 11 outings, fueling a 9-2 overall straight-up run. While the recent surge is welcome news following a dismal mid-season swoon, the Cavaliers are far from a lock to finish third in the Eastern Conference standings.

With just eight days remaining before the end of the NBA regular season, the Cavaliers sit just a half-game up on the streaking Philadelphia 76ers, whom they face on Friday night, and one game up on the fifth-place Indiana Pacers. But even with such a tenuous grip on home court advantage entering the postseason, Cleveland remains among the favorites on the NBA championship odds, leading all Eastern Conference squads at +800.

Tuesday’s matchup marks the Raptors’ second visit to the shores of Lake Erie in two weeks. The Cavaliers escaped with a 132-129 win as 2-point underdogs in that first meeting to improve to 3-0 SU and against the spread in their last three home dates with the Raptors, while erasing the memory of a 133-99 loss in Toronto as 2-point favorites on January 11.

That defeat marked the first of two straight outright road losses for the Raptors, who have failed to cover during a 3-4 SU run. The club has alternated between wins and losses during its current swoon, capped by 110-99 defeat in Boston as 4.5-point favorites on Saturday night.

While the Raptors have emerged as a late-season betting disappointment, they have managed to avoid consecutive SU losses in 34 games since January 15, and have not lost three straight road games since February 2017. In addition, Toronto has proven to be a solid bet as a road underdog, going 5-2 SU and ATS in its past seven such outings.