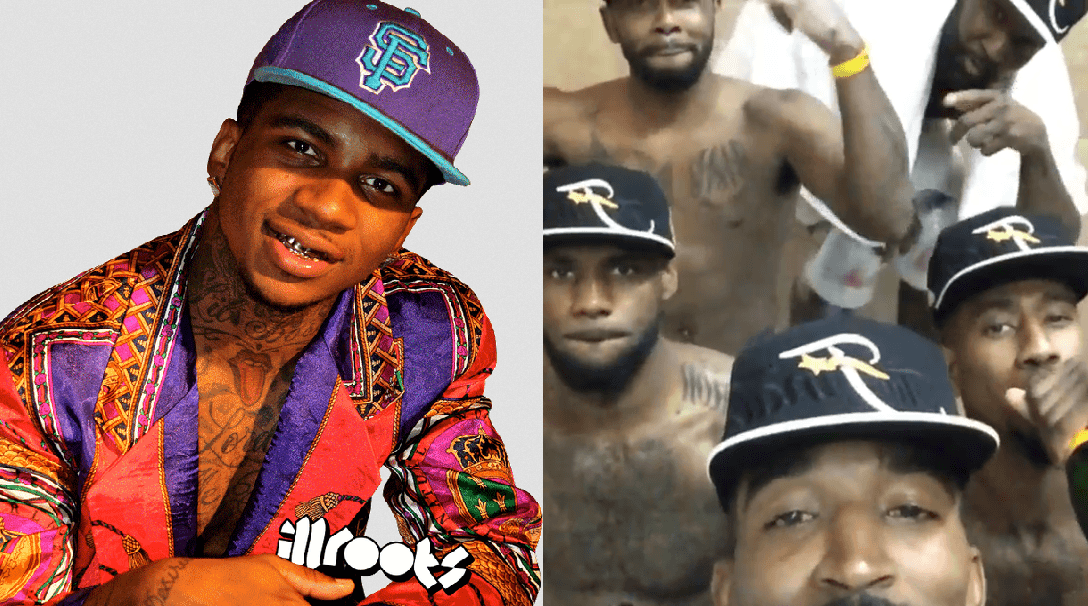 If you don’t already know about famed Bay Area rapper “Lil B. The Based God,” here’s a little inside scoop on him. He’s a huge Warriors fan and credits himself with starting the ‘flick of the wrist’ dance/symbol/hand movement.

Kevin Durant attempted to listen to the rapper’s music, but said he couldn’t believe Lil B was ‘relevant’:

Lil B. responded by apparently placing ‘The Based God Curse’ on him to never win a championship.

KEVIN DURANT WILL NEVER WIN THE TITLE AFTER HE SAID "LIL B" IS A WACK RAPPER, "THE BASEDGODS CURSE" #THEBASEDGODSCURSE ON DURANT – Lil B

What seemed like a dumb and irrelevant seemed to turn up true in a way, as Durant suffered the Jones’ fracture in his foot was never able to recovery fully this season. Whether or not you believe that Durant was actually cursed is on you.

Fast forward to the NBA Playoffs, and Lil B accuses Rockets’ guard James Harden for stealing his ‘swag.’ That sway is the cooking hand symbol/flicking of the wrist that he says he started. Harden, according to the rapper, did not pay homage, and was thus also cursed with ‘The Based God Curse.’

Just a few hours later, James Harden dribbled the ball down-court while trailing the Warriors by one point in Game 2 with about 10 seconds left. He was unable to get a good up a shot attempt as he was double-teamed and eventually turned the ball over.

Now, the Rockets have been eliminated and Lil B. attributed Harden’s poor 14 point, 13 turnover performance to his curse.

During the Cavaliers’ Eastern Conference Championship celebration, J.R. Smith, Iman Shumpert, Kyrie Irving, LeBron James, and Kendrick Perkins were seen singing and dancing in the cold tub while doing the ‘flick of the wrist’ motion. Here’s the video posted by J.R. Smith:

Lil B. immediately took notice to it and took to Twitter to let the Cavs players know he wants credit where credit is due.

Unlike Harden, however, Shumpert paid his homage and gave Lil B. his credit. 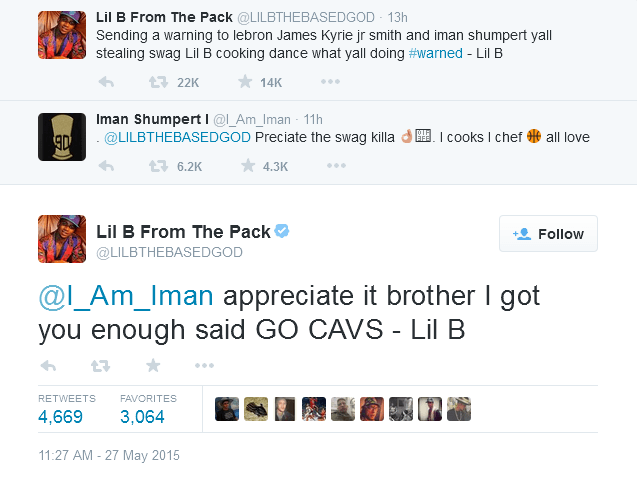