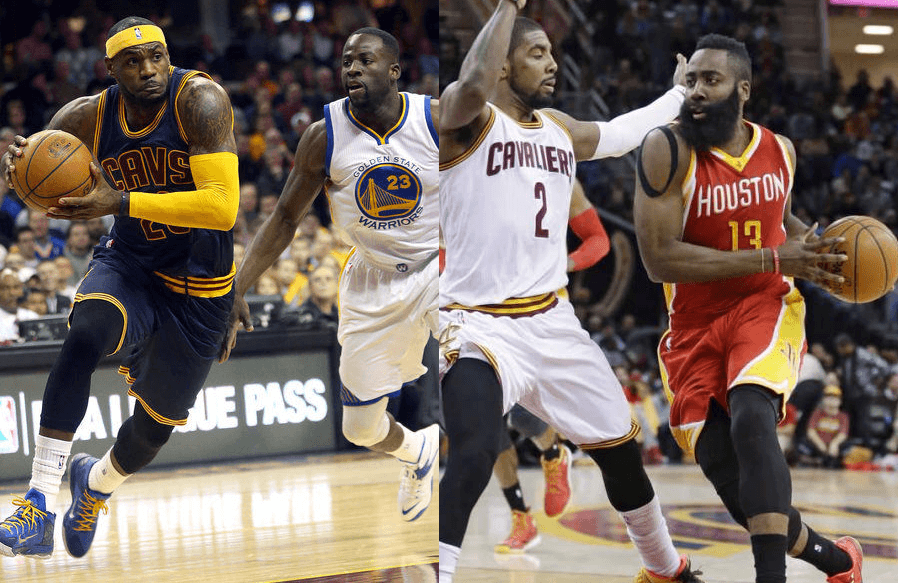 The main factor for this potential series will be the LeBron James factor. The King didn’t play in the first game against the Warriors, and the Cavs ended up losing 112-94. J.R. was the leading scorer with 27, while Kyrie also dropped 22. The second game was different, as LeBron would earn a double double with 10 boards and 42 points in 36 minutes.

Why We Want To Face the Golden State Warriors:

LeBron. Kyrie. J.R. The Cavs are on a roll, winning their last seven games and going 12-2 in the playoffs thus far. Even without Kevin Love the Cavs are staying hot. While Kyrie has missed a few games due to injury and J.R. was out for a couple with his suspension, the other Cavs have consistently stepped up with the LeBron at the helm. A big pro for the Cavs is that anyone and everyone on the roster can turn their game up a notch and help the Cavs get the W. If Kyrie stays healthy and aggressive and J.R. can stay hot, the Cavs will certainly be a scoring threat that is hard to contain.

Another big pro for the Cavs is rest. The NBA announced the Finals won’t be moved up and will start on June 4th. While the Cavs will be the lower seed again, they’ll have a few extra days of rest. With LeBron, Kyrie, and Shumpert all facing some sort of injury during the playoffs, a couple days off and some extra rehab will prove beneficial in the Finals. 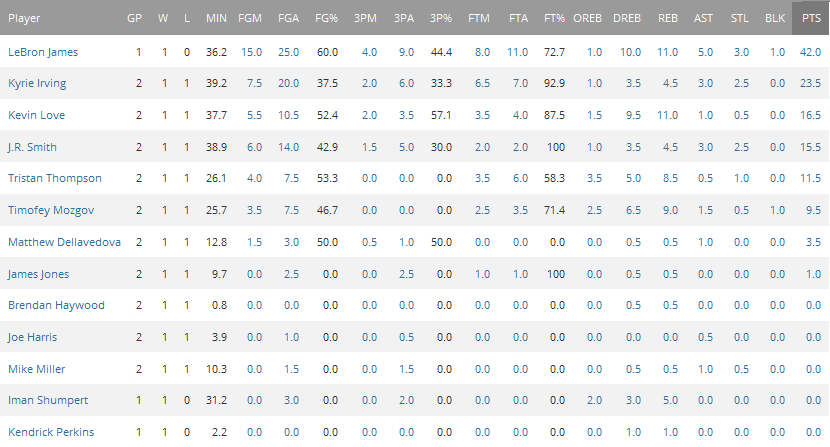 Why The Golden State Warriors Present A Tough Matchup For the Cavs:

Let’s face it, the Cavs screen defense has been lacking during the playoffs, and during the regular season for the matter. It was sloppy against the Bull’s big men. The Cavs changed up to a bigger lineup, and the Hawks tried to exploit the Cavs speed by using their quicker guards. Against the Warriors, the Cavs have to worry about shooters. Both Steph Curry and Klay Thompson have the ability to heat up and shoot extraordinarily well from three. If the Cavs want to contain the Warrior’s shooting, they’ll have to be able to beat screens and contest Steph and Klay on the perimeter.

While the odds of the Rockets making the playoffs are slim,

Why We Want To Face the Houston Rockets:

Defensive Matchups. Especially with Patrick Beverly out, the Cavs have the advantage on defensive matchups. With Tristan Thompson playing the way he is, I’m sure he’ll be able to shut down Josh Smith or even Dwight Howard. Mozgov has been a solid defensive threat as well. LeBron should be able to handle just about anyone as well, especially Trevor Ariza. If J.R. can contain James Harden, and the Kyrie/Delly combo can Jason Terry and Prigioni, the Cavs should be able to limit the Rockets scoring. Why The Houston Rockets Present A Tough Matchup For the Cavs: 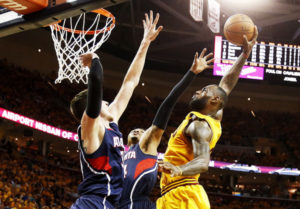