Prior To Cavs Game Vs. Bulls, LeBron Gathered Players For Team Meeting 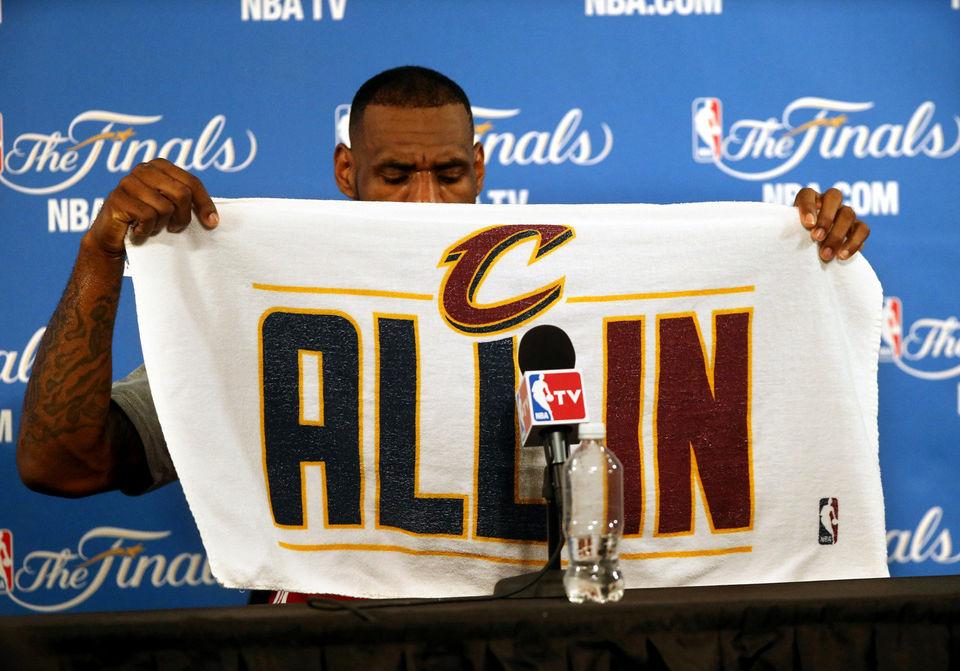 The Cleveland Cavaliers took on the Chicago Bulls in the NBA’s opening night game to open up the season. Prior to that game, the Cavs had lost five of six, and have now lost six of seven. Before the game, however, LeBron James gathered his teammates for a last minute players’ meeting and one thing to say.

LeBron called a team meeting recently to deliver a direct message: "We have enough. No matter what." Final thoughts: https://t.co/T8ZU2b06hD

“[We were] just making sure everybody is doing the right thing and having the right goals in their heads,” the Cavs’ Sasha Kaun said of that meeting.

James’ message is that despite being a little injured and down on their luck to start the season, he believes that the Cavs have enough to win the whole thing this season. But they have to start acting like it.

“Yeah, you can see it,” James said. “You can also tell if guys are messing around a little too much. Me as a leader, I’m able to gauge that and see where our minds are at.”

The Cavs lost to the Bulls 95-97 later Tuesday night without Kyrie Irving and Iman Shumpert. Despite the injuries, Cleveland remains the team with the best odds to win an NBA championship according to a few Las Vegas superbooks.