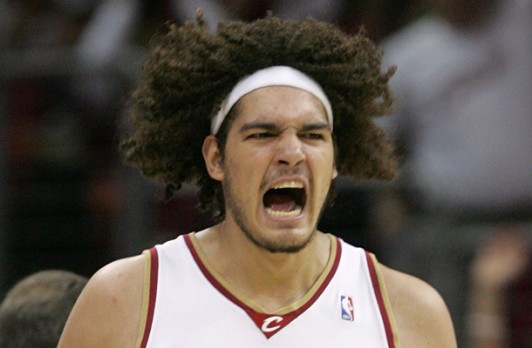 The Cleveland Cavaliers will look to maintain their perfect preseason record (3-0) tonight at 7 PM at the Cintas Center in Cincinnati against the Indiana Pacers (1-2).

The Cavs will face a test from a division rival tonight in Cincinnati and could be without Tristan Thompson, whose series of very impressive performances was interrupted by shoulder soreness. It will be interesting to see the way Frank Vogel plans to defend LeBron without Lance Stephenson on the team and Paul George out with an injury; Indiana does not any sizable options at the Small Forward position who could keep up with the King’s superhuman quickness. Perhaps the Pacer’s best option is putting Solomon Hill up against James, but even that’s not too convincing.

{adinserter 2}One Cavalier to look out for is Matthew Dellavedova, who is taking the place of the injured star Kyrie Irving. After a rather ineffective performance against Miami last week, Dellavedova bounced back against the Bucks and looked comfortable and was able to facilitate his teammates very well. If Dellavedova impresses Coach Blatt and the rest of the Cleveland staff enough, expect to see him used frequently in the regular season coming off the bench. From Indiana’s standpoint this game should be seen as a test for their team against one of the powerhouses in the Central Division. Without Paul George and Lance Stephenson in the lineup this year, the Pacers will have to rely on the big man duo of David West and Roy Hibbert if they want to do any damage versus the Cavs.

Another interesting matchup tonight will be the two starting Power Forwards: Cleveland’s Kevin Love and Indiana’s David West. The clash of these two artilleries will be dynamic, as West’s arsenal includes physical defense and paint domination, while Kevin Love has the touch and finesse to out shoot and rebound any Power Forward.

Here are your projected starting lineups for both teams, this should be a good one folks and if the game tonight gets heated I am sure some of it will carry over into the regular season. Tonight could spawn one of the great rivalries of the 2014-2015 NBA season. 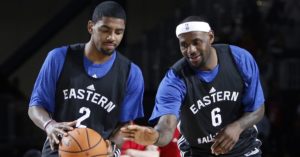