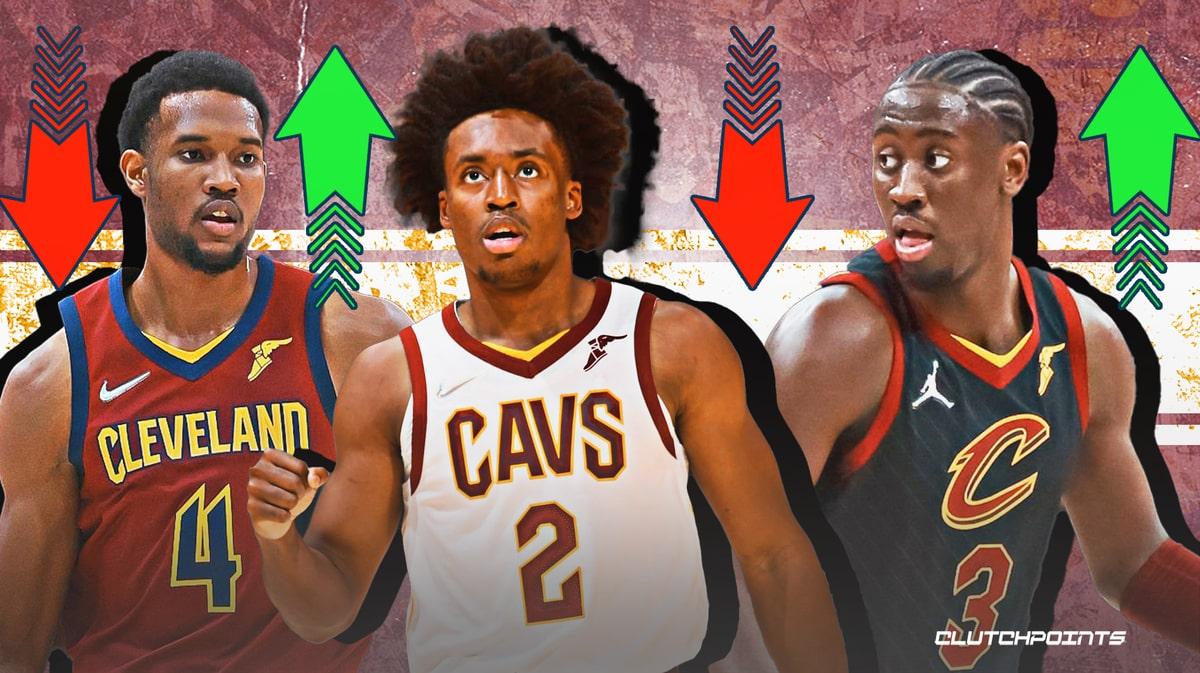 This has been a rollercoaster of a season, but all thing considered, Cavs fans can walk away from it knowing that this year was a massive success for the franchise. The young Cavaliers took a tremendous step forward, pulling themselves up out of the rebuild phase they were in the past 3 years and into playoff contention.

This wasn’t the result of a few players taking a leap. This was a whole team that bought in and played to their fullest capabilities. The 2021-22 Cavs overcame several obstacles to have the season they did, the most obvious one being lengthy injuries to their best players. Cleveland has slid to the middle of the pack in the East recently, but that shouldn’t take away from anything they’ve done so far this season.

The Cavaliers have seen success as unit, but clearly certain players have more impact than others. A fun way to evaluate the roster is to grade how good the players are on this team and how that stacks up with their teammates. This particular power ranking isn’t taking into consideration how good the players will be or have been. Rather, it’s by how good they are at this instant.

Right now, the Cavs have a trio of young studs who headline the team. Garland and Allen have burst onto the scene this year, securing the first All-Star appearances of their careers. If it weren’t for an injury early into the year, Sexton would be right there with him, as evidenced by what he was able to do for a less talented Cavs team last season.

2 minutes and 20 seconds of clutch Collin Sexton in the 2020-21 NBA season pic.twitter.com/Y0V8EBIL3e

These are guys who can take over the game. For both halves of Sexland that would happen on the offensive side of the floor. For Jarrett, that would likely take the form of him strapping down the paint defensively. It won’t be long before another name joins this group for Cleveland…

The Cavaliers’ prized rookie has made a profound impact on the team since day one. Mobley came in and immediately wreaked havoc defensively. He’s continued to demonstrate flashes of offensive excellence as well. The consistency is a work-in-progress, but for a rookie that’s to be expected.

This group consists of 3 players new to the Cavaliers this season. A multi-tooled wing acquired at the trade deadline in Caris Levert. A 7-foot grenade launcher whose played a good chunk of minutes at Small Forward. Then last, but not least, a Kevin Love consistently playing with energy and excitement. Love and Markkanen specifically have taken tremendous strides defensively this year, just putting in the effort on both ends.

Kevin Love continues to play at a higher effort level than any other point of the post-LeBron era. Just the way he’s been moving with urgency on both sides of the floor speaks volumes. He’s came into this season with a different mentality. pic.twitter.com/fgUcCf6YJl

All three of these guys are very involved offensively. LeVert has taken over some of the ball-handling duties from Darius Garland since arriving in The Land. Markkanen consistently gives you double figures with his inside-out game. Kevin Love has lead the charge for the second unit most of this season.

The Cavs don’t have a shortage of useful wings on their roster. Tier 4 consists of a quartet of them that are capable of bringing value to the team in lesser roles. Whether that be defense, shooting, or secondary creation, these guys can give you some of that. Nine-through-eleven can honestly be stacked in whatever order without much complaint.

Been a useful weapon in the corner, the dunker spot, and transition.

His vertical pop continues to impress me. Gets off the ground so quickly. pic.twitter.com/CjI3ZpUAFc

Despite receiving some DNPs lately, Cedi’s ability to give you a number of different things offensively is valuable enough to give him the slight edge over the other three guys.

Due to the amount of minutes Cleveland has suffered this season, all 3 of these Cavaliers have received the opportunity to chip in an amount of minutes for the wine & gold. It’s useful to have a guard, wing, and big on the bench capable of stepping up at a moment’s notice to give you energy and legitimate production.

Heck of a game as the team’s only ball-handler. Hopefully this finally establishes him in the rotation above a healthy Rondo

Goodwin, Rondo, and Brown were both great in-season pickups by Koby Altman when the Cavs were running very short at their respective positions. Former first-round pick Dylan Windler has struggled to acclimate himself to the pros, but still can give good minutes as a shooter, defender, and rebounder on the wing.

Two players at opposite ends of the spectrum, Ed Davis was once a productive NBA player, but has reached the end of his career. RJ Nembhard went undrafted in last year’s draft, but just had his two-way deal with the Cavaliers upgraded to an NBA deal. Davis brings a mature, heady game to the table, paired with increasing physical limitations. Nembhard is a good athlete, but a raw, inexperienced talent.

RJ Nembhard has the backbone of a legitimate NBA-caliber prospect.

gets into his pull-up, has some passing flair, and able to turn on the jets pic.twitter.com/2GdfHVfs5X