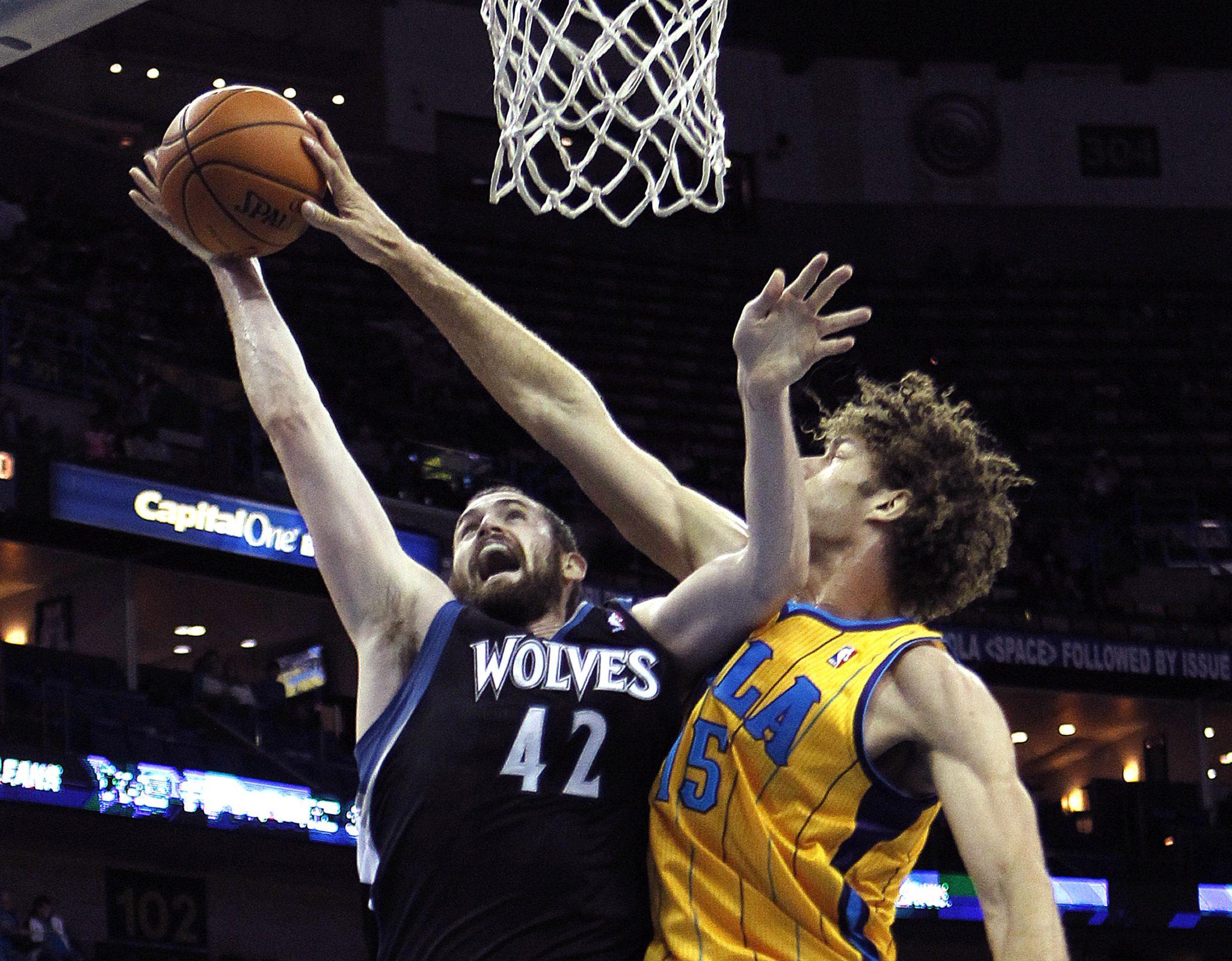 It has been widely reported by multiple outlets that the Cleveland Cavaliers and Minnesota Timberwolves have agreed to terms on a trade that will send Andrew Wiggins, Anthony Bennett, and protected 2015 first-round pick to Minnesota and Kevin Love to Cleveland. However, this deal cannot be made official until August 23, exactly one month after Wiggins signed his rookie contract with Cleveland.

{adinserter 2} Adrian Wojnarowski of Yahoo Sports reported earlier this week that there was some agreement that Love would opt out after this season and resign for a five-year deal at approximately 120 million dollars. That bit is where the NBA has some concern, if there is already an agreement in place, it would be illegal, and if such agreement could be proven there would be grounds for the league to block the trade and punish both teams. The Minnesota Timberwolves have been punished previously by the NBA for such tampering back in 2000 after they had promised a large contract in writing to Joe Smith, which led to a 3.5 million dollar fine and the loss of four first-round picks.

In all likelihood, Cleveland fans excited for Love should rest easy as unless there is evidence in writing or someone involved in the trade comes out and admits such an agreement is already in place, there is nothing the NBA can really do to block it. Those who would like to bring up the NBA blocking the Chris Paul to Lakers trade should understand that it was blocked under different circumstances, and at that point the league (and David Stern) owned the then “New Orleans Hornets.” The league controversially intervened and nixed that trade for purposes of value, but that scenario does not apply in this proposed trade. Minnesota receiving the last two #1 overall picks with another future first rounder is quite a haul, especially when you factor in the rare talent Andrew Wiggins is.

It would be almost delusional to think the Cavs are making this trade with no assurance from Kevin Love that he plans to resign in Cleveland long term. By them making such a deal it is likely implied that he plans on staying long-term, and if both parties, Minnesota and Cleveland stay silent this trade should get done. Unlike the Dwight Howard trade in which LA did not surrender any major assets, the Cavs are mortgaging a potential superstar and it would be crazy for them to do so with no guarantee Love plans on staying. What is guaranteed is that their front office will stay as tight-lipped as possible until after August 23rd when the deal can be made official. Whether you want to keep Wiggins or trade for Love a lot of this will hinge on whether Minnesota can stay quiet, past history should give some fans salivating over Love pause.