Portland Trailblazers Join Hunt For Brendan Haywood And His Contract 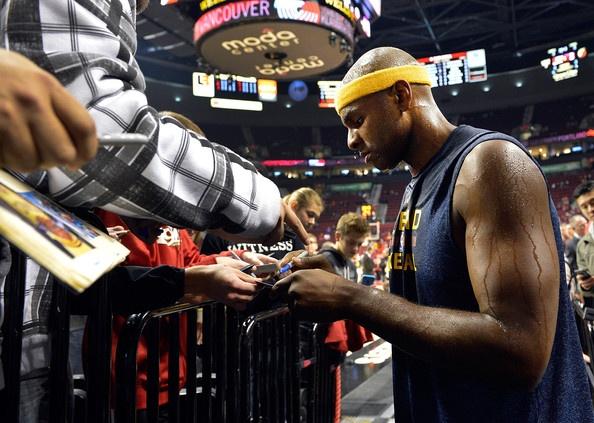 David Griffin and the Cavs are looking at any way to improve their roster going into next season and provide as much room financially as possible financially. It was reported earlier in free agency that Cleveland had about six of seven options to move Haywood. But according to GM Griffin, none of those offers were worth making the trade for.

On Sunday, Steve Kyler of Basketball Insiders reported that the Portland Trailblazers had joined the hunt for the Haywood contract. He also gave a few scenarios that could work for both sides.

If Portland agrees, they get a draft pick and simply waive Haywood, so it costs them nothing – but Cavs get a year to use the TPE.

Portland, Philadelphia and Utah could all execute a deal for the Haywood contract. Using space to collect an asset is smart cap work.

Many options are still on the table for the Cavs, and David Griffin has repeatedly said that the best option may be to create a trade exception from this if he doesn’t find a good enough trade on the market.

Stay tuned for the latest on Brendan Haywood and the Cavs’ free agency plans.