Point Guess: Is The Third Time A Charm? 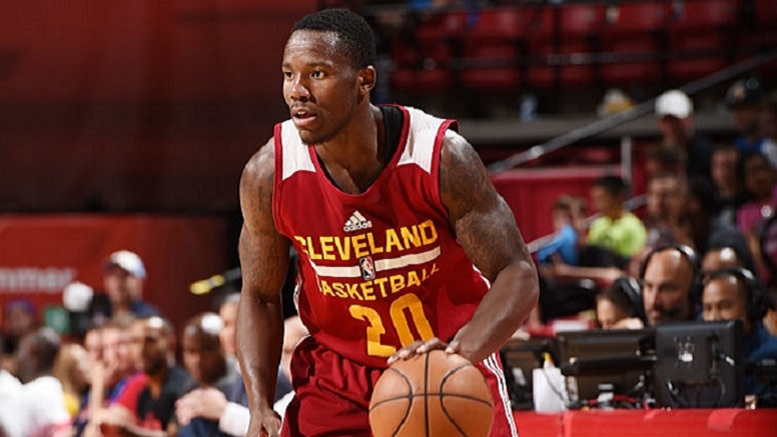 LeBron isn’t the best at picking point guards, as his past record shows. Norris Cole and Shabazz Napier, neither of these two players worked out to be the All-Star that LeBron James predicted. When word spread that Cleveland took LeBron’s advice on a late second round point guard, some, including myself, were hesitant. Kay Felder’s debut game against the Milwaukee Bucks Summer League Team may have just proven that LeBron might have struck gold this time around.

Looking simply at his stat line from Friday’s game (14 Points, 5 Assists) you wouldn’t be super impressed, especially against rookies that isn’t a blowout stat line. It takes a further examination of the tape for those characteristics of a great point guard to show. Specifically looking at his assists, Kay has fantastic court vision. A willing passer, there were very few points when he made a bad pass, and almost always found a lapse in the Bucks defense.

The willingness to pass the ball is also a refreshing sign. High School, and non-power conference drafted players often have a reluctance towards passing, as during their AAU years, or college years, there were very few options outside of themselves to play off. Kay seems to have an almost opposite demeanour. Even in college he led the Colligate league with 11 assists a game. It’s also important to note that despite the stat line not counting it, Felder many times played a key part in scoring plays. Felder plays like a true floor general, taking the ball up, pressing tempo and engaging his teammates on both ends of the floor. He plays with professionalism, and looks to arguably make a roster spot his first year out of the draft.

Felder fell to the Cavs in the late second round due mainly to his height, something many are calling a potential defensive liability, something point guard Ty Lawson struggles with. However, watching Felder play against Summer League competition, he seems to have instead taken his height as an advantage. Instead of trying to one on one against the opposing point guard, he takes tactical strikes at taller players. With his hustle and size, he slips below a rebounding big to snag a steal and rush down a one-on-one play at the other end (something he did more than once in his debut game).

5’8″ is a somewhat intimidating number for General Managers, especially when this pick cost the Cavaliers a cool $2.4 million before even signing the player, but Felder is attempting to prove that height is simply another number to be ignored. Players like Ty Lawson and Isaiah Thomas have both proven in the modern NBA, skill and handles is good enough to make up for a shorter disposition.

What Felder lacks in size, he makes up for in speed. When focused and locked in, watching Felder play is a joy. His handles and drive remind me of a smaller Kyrie Irving. Anytime he is given free reign, you can see the comfort and confidence in his eyes that few rookies can grasp. This shows best in his fast breaks.

When given the open court, you can see Felder playing with confidence, acting as if this was simply another layup drill. Flashiness comes naturally with the comfortable poise he shows on the court. In a nutshell, Felder might not take many three point shots, but his offensive game is efficant enough to sustain on its own, and makes a deadly tandem with average defense and fantastic court vision.

No one is asking Felder to be Kris Dunn or Jamal Murry. Felder isn’t going to drop triple doubles in the summer league, he isn’t going to score 20-30 every night, he isn’t going to absolutely dominate the competition and that’s ok. He wasn’t a top five pick, but in the late second round, Cleveland may have just found the man who will be named “steal of the draft” looking back.

I showed hesitation, advocating for signing someone like Jarret Jack, or Leonardo Barbosa as our backup point guard instead of relying on Mo Williams or calling up Quinn Cook, but over only two games, Felder has impressed me. He’s not an all-star, he’s still a rookie, and there isn’t even a guarantee that he makes the team, but that being said Felder at least deserves a D-League contract, and has a very legitimate shot at being Cleveland’s backup point guard of the future.