Pistons could be a fantastic trade partner for Cavs 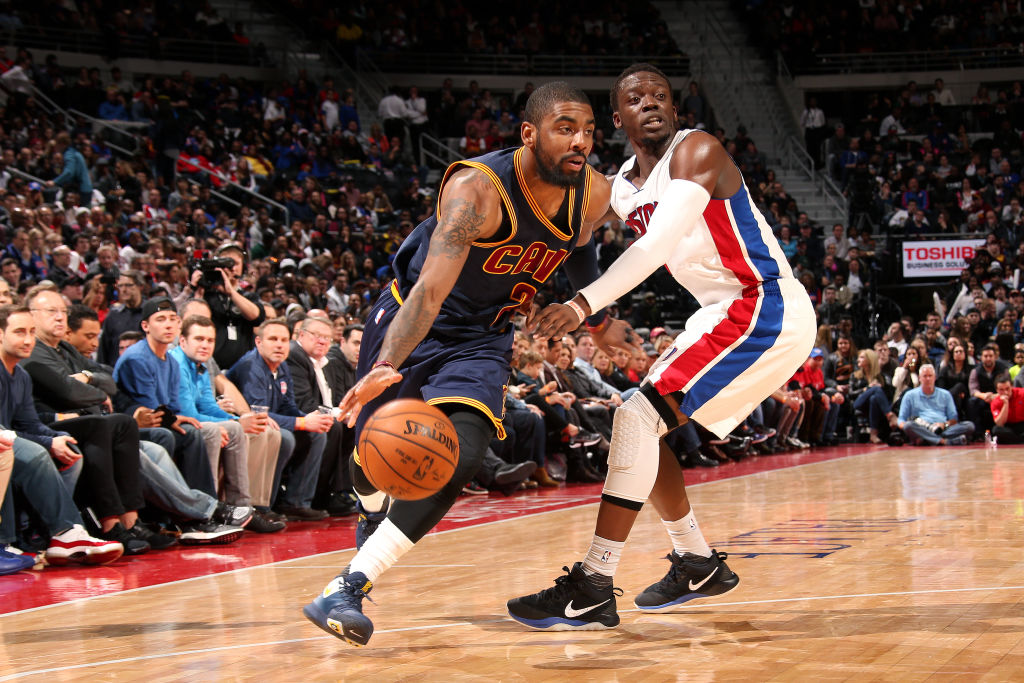 Over 20 NBA teams have contacted the Cavaliers about trading for Kyrie Irving. One of those teams is Cavs’ Central Division rival, the Detroit Pistons. Detroit is a rather small market when compared to Miami or Los Angeles, and has not had a superstar player in quite some time. Given Irving’s age (25), contract situation (two years remaining), and skill set, it makes sense that the Pistons would be interested in making him the face of their franchise. But do the Pistons have the necessary assets to pry Irving from Cleveland?

Detroit’s roster is largely devoid of top-level talent. The bottom of their roster is also incredibly weak. However, they do possess some very good role players that the Cavs should be interested in.

The first is combo guard Avery Bradley. Cavs fans should know Bradley from his last seven years with the Boston Celtics. Boston traded Bradley and a 2019 second-round pick to the Pistons for PF Marcus Morris. This was done in order to create the cap space the Celtics needed to sign SF Gordon Hayward to a max contract. Bradley also is on the last season of his contract, and the Celtics would not have been able to keep him and other key members of their core, including Isaiah Thomas. While Morris is a solid player, the Pistons clearly came out of this trade a significantly better team.

In 55 games last season, Bradley averaged 16.3 points, 6.1 rebounds, 2.2 assists, and 1.2 steals, while shooting 46% from the field and 39% on three-pointers, in 33 minutes per night. Bradley is one of the NBA’s very best perimeter defenders, able to lock down both point guards and shooting guards with ease. He is now slouch on offense either, and his ability to knock down three-point shots would be invaluable to the Cavs. Players like Tony Allen and Andre Roberson are elite defenders, but are devastating offensive liabilities. Bradley doesn’t have that problem, which makes him an incredibly valuable player. He can play both guard positions, which would only make the Cavaliers’ offense even more versatile.

If the Cavs traded for Bradley, they would acquire his bird rights, which would allow them to go over the salary cap(as they already are)in order to re-sign him. This trade would need to be contingent on Bradley re-signing with the team.

Adding Bradley would give the Cavs incredible back court depth, as both he and JR Smith shoot the the ball very well, especially from deep, and provide great defense. As the third-stringer, Iman Shumpert could focus more on his specific role, instead of expanding it, which is when he struggles.

Although Bradley is a great player, it would take more than just him to trade for Irving. The Pistons would almost assuredly try to add PG Reggie Jackson to a deal. However, Jackson is an average and inconsistent player on an overpriced contract (over $17 million per season), and should not be starting for a team trying to win an NBA Championship. As a backup he would be a solid option, but not an upgrade over Derrick Rose. Jackson should not interest the Cavs much at all.

Detroit could also look to include SF Stanley Johnson. Johnson is a 21-year-old who really hasn’t done much in the NBA during his first two seasons, although he did make headlines when he foolishly stated that he “was in LeBron James’ head” after a playoff game against Cleveland. The Cavs proceeded to sweep the Pistons.

Johnson shot 29% from deep last season, and only averaged 4.4 points in 17 minutes per game. His value comes from his athleticism and potential, but neither of these things would help a win-now team like the Cavs. Johnson should also not interest the Cavs.

One thing the Cavs have lacked(and most likely still lack, unless Cedi Osman develops rapidly) is a legitimate backup to LeBron James. SF Tobias Harris could be that missing piece. Harris is a versatile wing capable of playing good defense against both SFs and PFs. He shot a respectable 35% from three-point range last season, and averaged 16 points in 31 minutes per game.

Arguably the most intriguing player the Pistons have is C Andre Drummond. He is one of the most athletic players in the league, and at 6’11”, 279lbs with an eight foot wingspan(!), Drummond has all the physical talent in the world. However, he is still incredibly raw as a basketball player. At just 23 years old, he is one of, if not the best rebounder in the NBA. But that’s about all he does at an elite level. Although he’s improving, he still struggles defensively, especially when defending the pick-and-role. On offense, his effectiveness drops when facing up. His size renders him almost useless when switching onto guards on the perimeter, which is something that current Cavs’ center Tristan Thompson is good at. He isn’t there yet, but if the Cavs feel like they could develop him quickly, adding an elite rim protector, rebounder, and post scorer at the expense of some perimeter defense would be incredible for the Cavs’ chances. Golden State has no one to counter a legitimate top-tier center, and the amount of easy drives and dunks for the Warriors(something that happened quite a bit during these last finals), would go way down.

Salary would be an issue, so unless the Cavs are okay with giving up Irving, Thompson, and Channing Frye or Iman Shumpert, they would realistically only be able to get two of Bradley, Harris, and Drummond. And in this scenario, Avery Bradley or Derrick Rose would be starting at point guard, which would be less than ideal.

Eric Bledsoe still appears to be the best realistic option, but the Suns’ reported offer of Bledsoe, young PF Dragan Bender, and Miami’s 2018 first round pick isn’t enough to help the Cavs right now. However, the Cavs could work with this offer. If Detroit feels like they won’t be able to re-sign Bradley after the season, flipping him for Bender would be a good idea. Bender is more of a stretch 4, and would fit well next to Drummond. In this case, the Cavs would essentially be turning Kyrie Irving into Eric Bledsoe, Avery Bradley, and Miami’s first-round pick, which could be used in a mid-season trade for one last piece.

Initially, it appears as if the first trade offers for Kyrie Irving have been rather underwhelming. But, with a few combinations, the Cavs could become a better overall team.