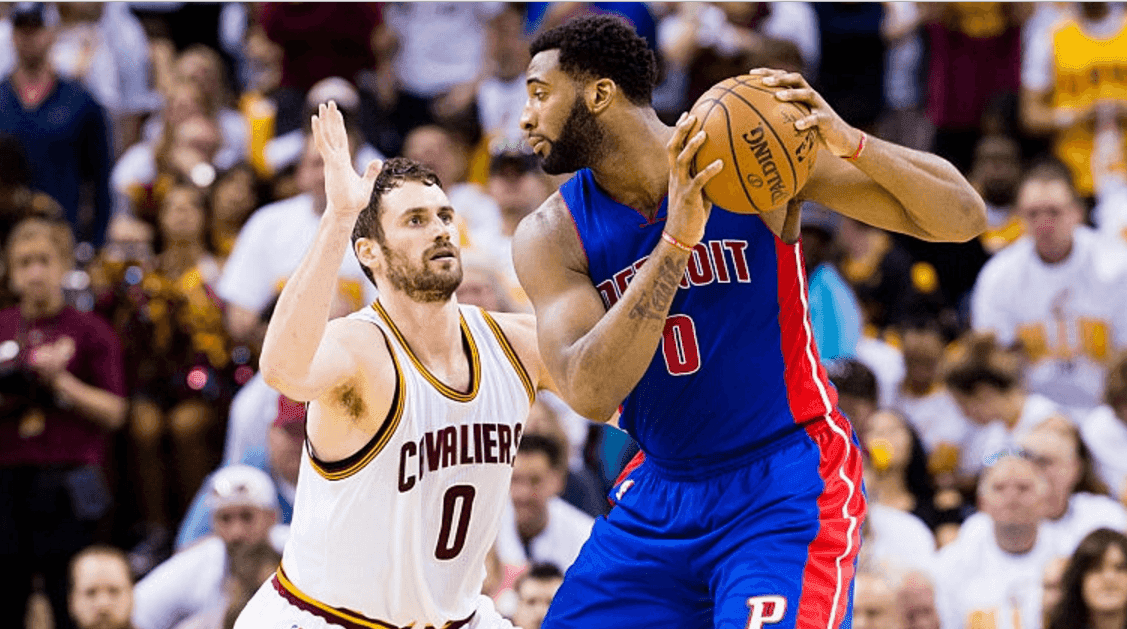 The Cleveland Cavaliers have taken the league by storm this past week with their phenomenal three-point shooting. After having a relatively good season from three, the Cavs have blown their opponents out of the building when it comes down to knocking down the three ball.

In each of the last several games, the Cavs have had one player with at least seven threes. In Game 2 of the Cavs-Hawks series, it was J.R. Smith. In Game 3, it was Channing Frye with seven triples off the bench. In Game 4, it was Kevin Love who came up huge for the Cavs with eight three pointers.

Pistons center Andre Drummond has seen this three-point shooting firsthand, as Love had his career high in three-pointers made last season with the Cavs with eight triples. Drummond chimed in on the Cavs spectacular shooting performance led by Kevin Love.

Kevin love….. Jesus another bomb from 3 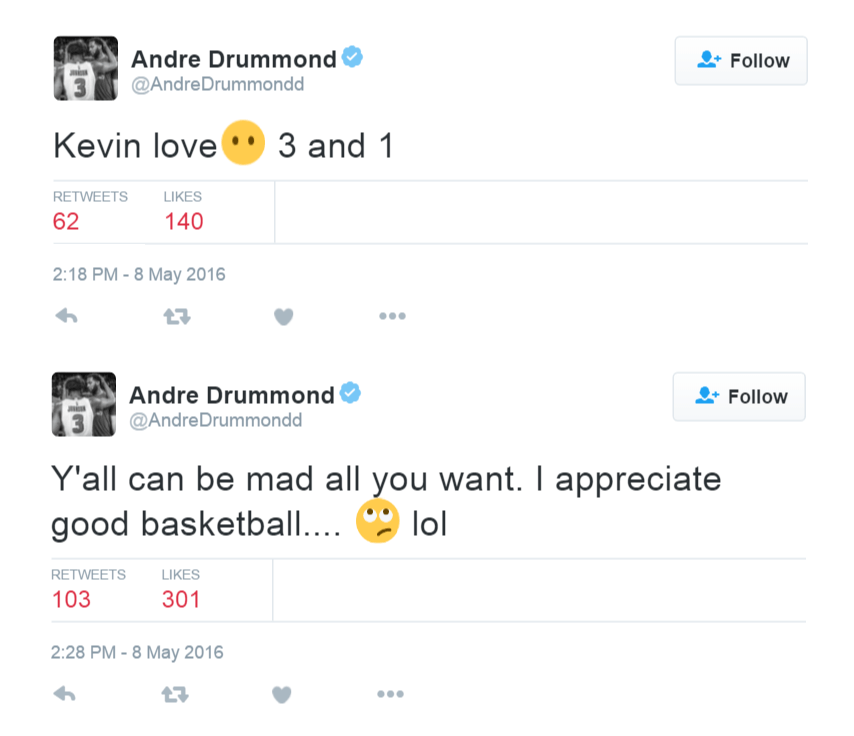