Photo: LeBron works out with Mark Wahlberg, hints at a gig together 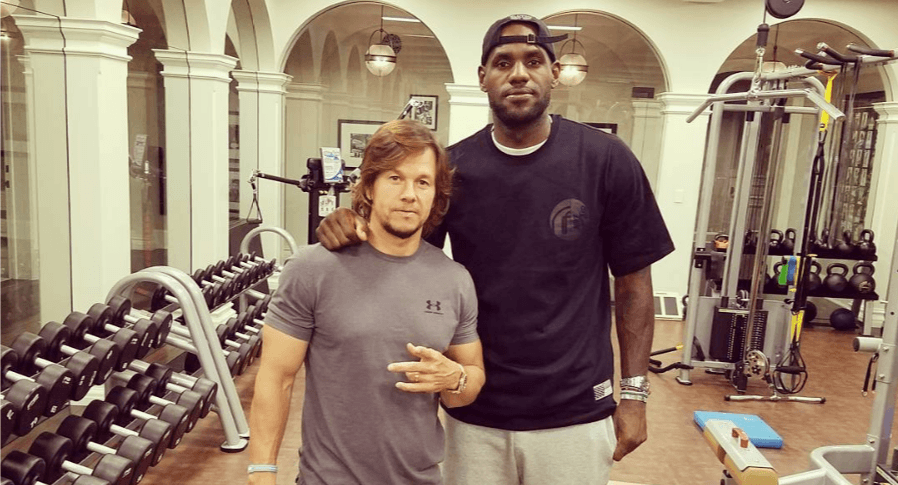 LeBron James is one of the most known stars in the world, so it’s no surprise that he hangs out with some of the greatest stars in the world. Over the weekend, James hung out with Hollywood star Mark Wahlberg where the two apparently worked out together.

James ended the caption in his photo with “Coming soon!! #WeWorking #StriveForGreatness #CameraReady #ByTheWayTrulyAppreciateTheGift” which hints at a potentially new film the two could be making together as well as a gift that Wahlberg gave James.

Wahlberg has a chain of family-owned restaurants across the U.S. called Wahlburgers and has starred in dozens of big-name films like both Ted movies, The Fighter, Transformers, The Departed, The Italian Job, and many more.

LeBron James is a producer on his shows Cleveland Hustles and Survivor’s Remorse, which is in it’s third season and has even been renewed for a fourth. James was also hilariously featured in Amy Schumer’s comedy Trainwreck last year, and became a partner with Warner Bros., which means the rumored Space Jam 2 could become a reality very soon.

Both men are incredibly smart and successful businessmen, so it shouldn’t surprise anyone if the two have something in the works.

James also didn’t specify what he meant with the hashtag “By The Way Truly Appreciate The Gift,” but we’ll probably find out eventually. JUST IN: Video: LeBron James shows off his kids’ moves and even roasts one them
Related TopicsCavaliersLeBron James