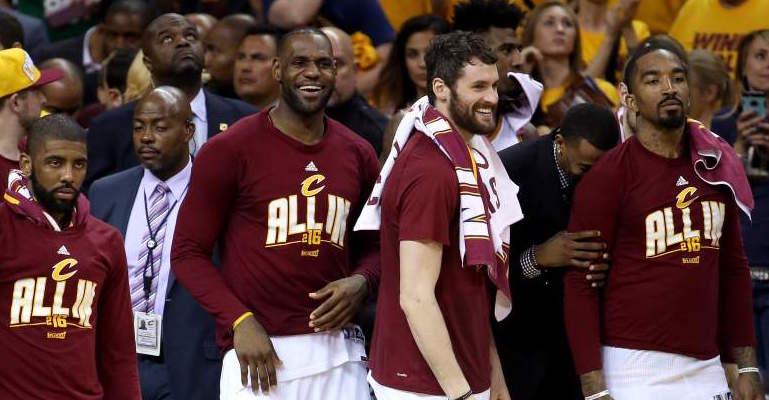 This offseason seems like it’s going by incredibly slow, especially after the Cavs came back from a 3-1 deficit to beat the Warriors and bring home the first professional sports championship to Cleveland.

All of Cavs Nation misses their team, and apparently so does the King. LeBron James posted this photo on Instagram earlier today with the caption “Man I miss my bros!!!” with the hashtags “#TheLand” “#StriveForGreatness” and “#BrosNotPicturedNotForgotten”

Clearly, James can’t wait to get back on the court with his championship teammates. LeBron has been working out in Los Angeles with teammates Richard Jefferson and Jordan McRae, as well as best friend Dwyane Wade and rookie Ben Simmons.

The Cavs will receive their championship rings on opening night October 25, tipping off the 2016-17 NBA season.