One of the Eastern Conference’s most brutal and intense rivalries these past couple of years was the one between LeBron James and Paul Pierce. Whether it was Cleveland vs. Boston, Miami vs. Brooklyn, or Miami vs. Washington, both guys have always defended one another and gone head to head countless times.

At Monday’s Media Day in Washington, Wizards’ center Marcin Gortat was asked what he had learned from the veteran who left Washington to play for the Clippers.

Gortat on what he learned from Paul Pierce: “Not to wear LeBron James’s shoes to practice.” He mentioned some other things, too.

Ahh, the NBA will definitely miss the instigating and trash talking of Paul Pierce. Pierce has claimed that he may seriously consider retirement if the Clippers can win an NBA Championship this season, so we may only have one or two more of these matchups left. 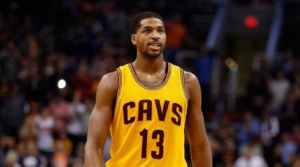 JUST IN: Cavs Not Interested In 3-Year, $53 Million, But Willing To Increase Own Offer For Thompson
Related TopicsBoston CelticsCleveland CavaliersLeBron JamesPaul Pierce