Paul Pierce gives his take on why LeBron James would not be in his starting five, prefers Magic Johnson 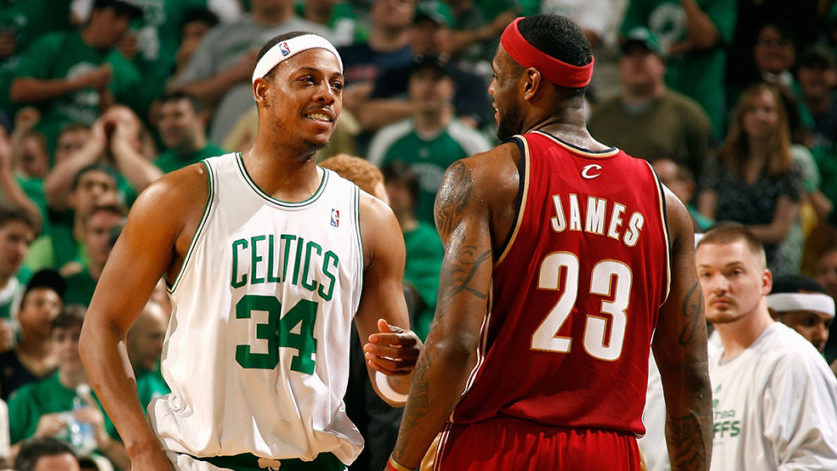 With LeBron James nearing his seventh consecutive NBA Finals, it once again put his legacy front and center for discussion in regards to where he ranks among the best players of all-time.

During ESPN’s “The Jump,” the panel of former players consisting of Paul Pierce, Scottie Pippen, and Tracy McGrady talked about who they believed was in their all-time top five. The conversation got quite interesting when Pierce questioned McGrady’s choice of James over Magic Johnson among his top starting five of all time.

“Pierce: How about this, let’s not talk about Michael. Has he passed Magic?
McGrady: He’s a better player than Magic.
Pierce: Has he passed Magic all-time now?
Pippen: Not in my eyes.
Pierce: See! So, how do we talk about Jordan if you don’t think he’s passed Magic?
McGrady: If I’m starting my five, I’m gonna put LeBron. I’m not putting Magic. I’m putting LeBron in my five.
Pierce: Wow. WOW! Wow. Oh my goodness. Oh, man. Magic!? Magic? He’s passed Magic Johnson?
Pippen: I will say this. In all fairness to LeBron, he hasn’t played with Hall of Fame players.
McGrady: I’m just saying, if I’m doing my starting five, LeBron James is in my starting-five lineup.
Pierce: And Magic’s not?
McGrady: Nah, I can’t. No.
Pierce: Oh my goodness.”

Pierce clearly doesn’t believe that James has done enough yet in his career to be held in higher esteem than Johnson, who is widely regarded as the best point guard of all-time.

Johnson had an illustrious 13-year career that saw him help lead the Los Angeles Lakers to five NBA titles in nine total appearances while garnering three NBA Finals MVP awards, three regular-season MVP awards, 12 All-Star Game selections, and nine All-NBA First Team nods. It could have been easily argued that he may have added much more to his resume had he not retired due to HIV.

Until James either ties or clears that mark, many will still hold that stance regarding James in comparison to Johnson. 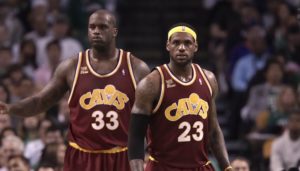