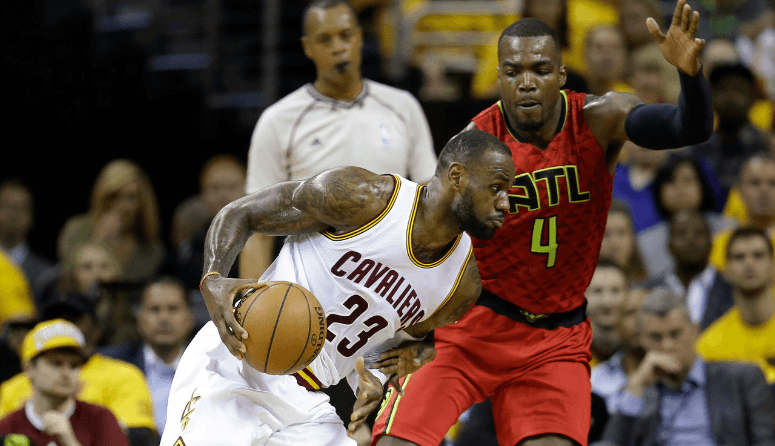 The Cleveland Cavaliers set an NBA record with 25 three pointers in a game while blowing out and embarrassing the Atlanta Hawks 123-98. At one point, the Cavs were up 41 points in what was a complete annihilation.

After the game, Paul Millsap went off on the Cavs, calling them unprofessional for what they ‘did,’ which was essentially play basketball. Chris Haynes had the report from Cleveland.com

Clearly, Millsap felt annoyed after the Cavs hit an NBA record 18 first half three pointers before continuing the three-point barrage in the second half. He wasn’t the only Hawk who felt annoyed, as big man Al Horford also reiterated Millsap’s feelings.

“We probably wouldn’t do anything like that [if we were in that position],” he told cleveland.com. “…It’s hard to say, but I would say no.”

And the complaining out of Atlanta continued with forward Kent Bazemore.

“I’m a firm believer in karma,” said Bazemore. “Maybe we’ll be the team to break that record soon. Everyone knows how they play. They get out in front and they’re a totally different team. It is what it is. We’ll see them again. That wasn’t Game 4. That was only Game 2. They still have to beat us two more times before they can really celebrate anything.”

No Atlanta Hawk starter could even show up at the podium, and instead had to send out bench player Mike Muscala, who played just 14 minutes.

At one point, Atlanta helped and converged into the paint on a Richard Jefferson drive to the basket. Jefferson then kicked out to newest Cavalier Dahntay Jones who hit the record 24th three pointer. On the next Cavalier possession, streaky shooter Mo Williams got matched up with power forward Mike Muscala. Is Williams not supposed to take advantage of that mismatch?

The Hawks are clearly mad at the result of the game, but it’s clear that the Cavs have their number, and in the postseason, no one’s going to go easy ‘out of respect.’ It’s win or go home, and the Hawks are two games away from an early summer vacation. 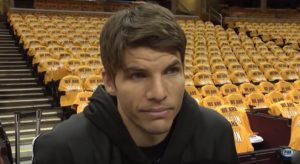