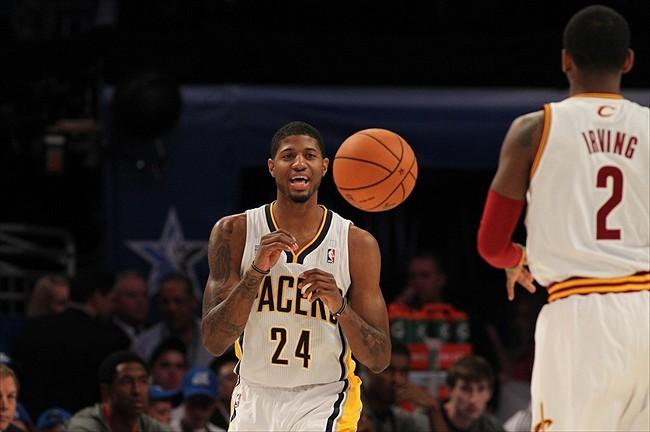 Throughout basketball’s rich history, moments have been remembered forever for changing the game. Certain moments have reminded us that basketball is more than just a game. Some moments create an interesting paradox to the sport that is hard to describe but all too easy to feel. Those moments push the game’s integrity and spirit to a dangerously emotional level. Today, we witnessed another horrific moment, one that is difficult to watch.

During the fourth quarter of Team USA’s Las Vegas scrimmage, Paul George chased down James Harden driving for a fast-break finish. After fouling Harden, George awkwardly collided with the basket post, causing his lower leg to snap. It was an injury that was completely cruel, unnecessary and preventable. Apparently the hoops in Las Vegas’s Thomas & Mack Center were placed too close to court; had they been placed according to NBA standards, the odds of George’s injury would’ve been greatly reduced.

This hasn’t been the only incident of such crude nature. There has been an array of assaults on basketball players by a basket stanchion in the past. Last year, Butler guard Rotnei Clark uncontrollably slammed into the basket stanchion after attempting a fast-break layup while being doggedly chased down by a Dayton defender. Just weeks later, 76er’s Nerlens Noel was forced to miss his entire professional rookie season after running into a stanchion during his final season with Kentucky in a game against Florida. Despite more and more injuries involving the basket stanchion, no extensive efforts have been made to change this very unnecessary flaw on courts. Nonetheless, this happened, and the entire basketball community has something to think about.

At least Paul George is in good spirits, tweeting:

Thanks everybody for the love and support.. I'll be ok and be back better than ever!!! Love y'all!! #YoungTrece

Pacers President Larry Bird briefly commented on the event, acknowledging the tragedy of his star player. The organization will be gathering details about Paul George’s health and provide an update later today. This “freak injury” could be anything from a broken leg to a more severe compound fracture. Truth is, we don’t know how severe this injury is right now. George’s injury is probably most reminiscent of the haunting memory of Kevin Ware’s compound fracture in the Louisville-Duke Elite Eight matchup a couple years ago. Although Ware’s injury didn’t involve the basket post, the severity of George’s injury is probably just as damaging. {adinserter 2} Injuries like this can either lead to speedy recoveries or career-ending press statements. Amidst all this uncertainty, there is one very predictable aspect to this event: the reactions of all who witnessed.

Basketball fanatic or not, you feel for Paul George. Ignoring the fact that he’s a star with a very promising career, we sympathize with George because he’s human. That’s the power with disturbing moments like this: it often leads to more simple and beautiful moments. They make us forget about basketball for a moment and pull out all the respect, empathy and humanity within us. They make us family, no matter what team or country you support. Mark Jones from ESPN tweeted about Cleveland’s Kyrie Irving’s reaction to the injury:

All you need to know about the seriousness of Paul George's injury is that I'm looking at Kyrie Irving sobbing,crying in his Dads arms.

Kyrie searched for comfort, simplicity, and just a moment of sincerity after one of heartbreak. Regardless of it’s biological or communal, a sense family is what we all need to get through difficult times. For Paul George’s sake, we will be his supportive family. Get well soon #24.