Video: Paul George sees himself in the company of LeBron James in the upper echelon of stars 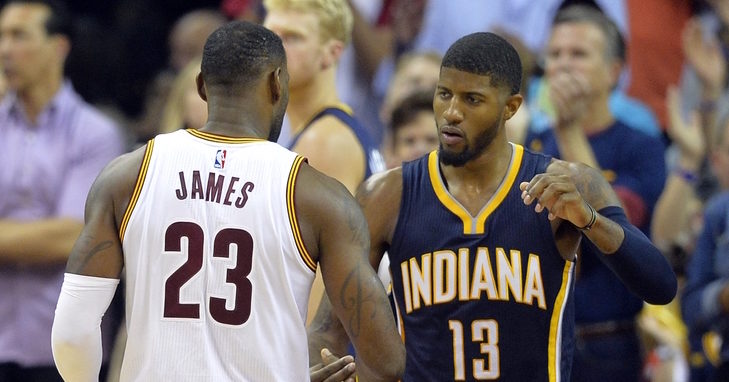 On an individual and team level, LeBron James and the Cleveland Cavaliers are undeniably head and shoulders above everyone in the Eastern Conference. Still, there’s no sleeping on the rest of the competition.

RELATED: Paul George has a message for LeBron James and the Cavs

If there’s one team that’s considered as a darkhorse in the conference, it has to be the Indiana Pacers. The team boasts of a number of really solid additions, namely Jeff Teague, Thaddeus Young, and Al Jefferson.

They will be led by Paul George, whose strong performance for Team USA in the Rio Olympics suggests that he is definitely back to his superstar form.

When asked on where he stands in the tier of stars, particularly how he compares to the level of LeBron James, George took an exception to not being seen at par with the Cavaliers superstar.

Paul George was asked whether he can reach the level of LeBron. PG says he thought he was already there. pic.twitter.com/RtVGD3XOO2

Indiana is expected to make a lot of noise this season, and Paul George will be at the forefront. He might have a point when it comes to being in a select group of superstars, but that group has an alpha in LeBron James.