Paul George has a message for LeBron James and the Cavs 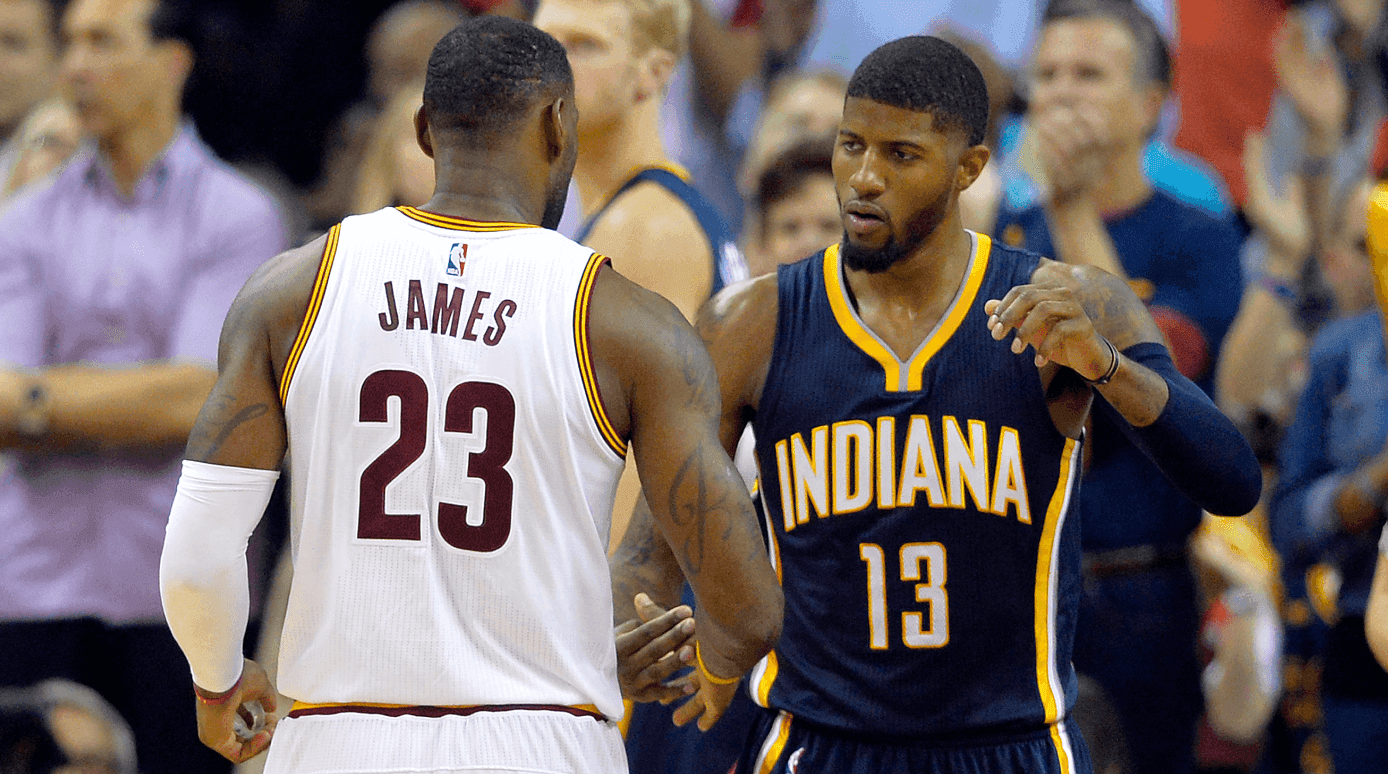 LeBron James has dealt with many foes on his way to six consecutive NBA Finals appearances. One of those players has been Indiana Pacers’ forward Paul George.

George was really taking his game to the next level prior to the horrific leg injury he suffered in Team USA’s 2014 scrimmage. Now that he’s back and better than ever, George wants to continue his success coming off of a Gold Medal victory in the 2016 Rio Olympics and return to the Eastern Conference Finals.

RELATED: Why Dahntay Jones is working out with Cavs players despite being recently waived

George spoke with Michael Lee of The Vertical and explained that he can see his Pacers’ challenging the defending NBA Champion Cleveland Cavaliers.

“Honestly, I look at us challenging them. I’ve been in the East and I’ve been No. 1 with LeBron being on a team,” George told The Vertical in a recent telephone interview, harkening back to when the Pacers finished with the best regular-season record in the East in 2013-14, the season before his gruesome Team USA leg injury. “Really, what I’m looking at is it coming down to me getting us past the conference finals. … I’m confident in myself. I’m confident in what I can do.”

Whether he’s donned the Wine & Gold or the White & Black, LeBron James has dominated the Eastern Conference over the last six years, including taking down Paul George’s Pacers three straight times from 2012-2014. Despite putting a scare in James’ Miami Heat teams, Indiana fell to Miami in seven games in 2012, six games in 2013, and seven games in 2014.

RELATED: Kevin Love looks back on being roommates with Russell Westbrook in their UCLA days

After coming back a stronger player than he was before the injury, George feels his new-look Pacers are ready to challenge the King and his Cavs for the East crown.

“I’ve always matched up with him like, ‘I know he can do this, I know he can do that,’ ” George told The Vertical about James. “Not in an awe fashion, but it’s more so, ‘I’m not supposed to win these games. This is supposed to be the best dude in the NBA. I’m trying to challenge him. I know what I’m up against.’ Now it’s, ‘I’m ready. I’m ready for you. I’m a veteran. I know you, you know me. Let’s meet here, let’s get this job done.’ I’m prepared. I’ve had time to figure this out. I’ve had time to lick my wounds. I’m ready.”