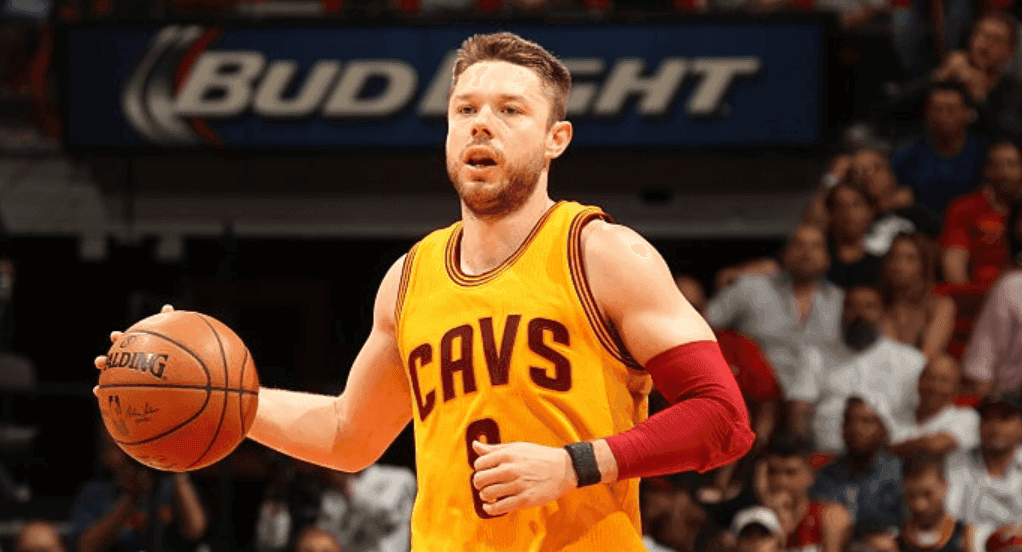 Cavs fans earned a new level of respect for guard Matthew Dellavedova during the 2015 NBA Playoffs. With Kyrie Irving suffering from repeated foot injuries during the postseason, the backup in Dellavedova was asked to step into a starting role and contribute significantly on both ends of the floor.

The most memorable moments for Cavs fans came during the 2015 NBA Finals where Dellavedova, clearly outmatched by the NBA’s MVP Stephen Curry, competed and helped LeBron James and the Cavs take a 2-1 lead before finally running out of gas. Delly held Curry to just 34% shooting in Game’s 2 and 3 of the Finals as the Cavs took a 2-1 series lead. Eventually, Curry woke up and delivered the knockout blows as the Cavs fell in six games. However, Delly’s play earned him much respect around town and especially about his peers and teammates.

Apparently, one of the NBA’s toughest defenders at the point guard position isn’t getting the respect he deserves from everyone. NBA.com recently released the results of the General Manager’s survey, and among the topics for discussion was the toughest player in the NBA vote. Matthew Dellavedova (rightfully so) made the list among some players.

That didn’t sit well with Houston Rockets’ point guard Patrick Beverley, who didn’t make the list. Beverley is known as one of the toughest defenders in the NBA by far, and not only did he disagree with not making the list, but also couldn’t believe Delly made it.

When one fan said “Delly shut down [Steph] Curry, you didn’t,” Beverley took a shot at Delly again saying that Delly needed an IV bag just to keep up with Curry and that the Warriors still won the title.

Steph didn't play our serious, dude had to get a IV bag after and golden state won the chip. I'm confused https://t.co/MBOi6mluyH

Beverley is clearly a little salty about not making the list of toughest players, and he’s probably also a little salty that he won’t be able to even see the Finals as long as the Warriors core stays intact.