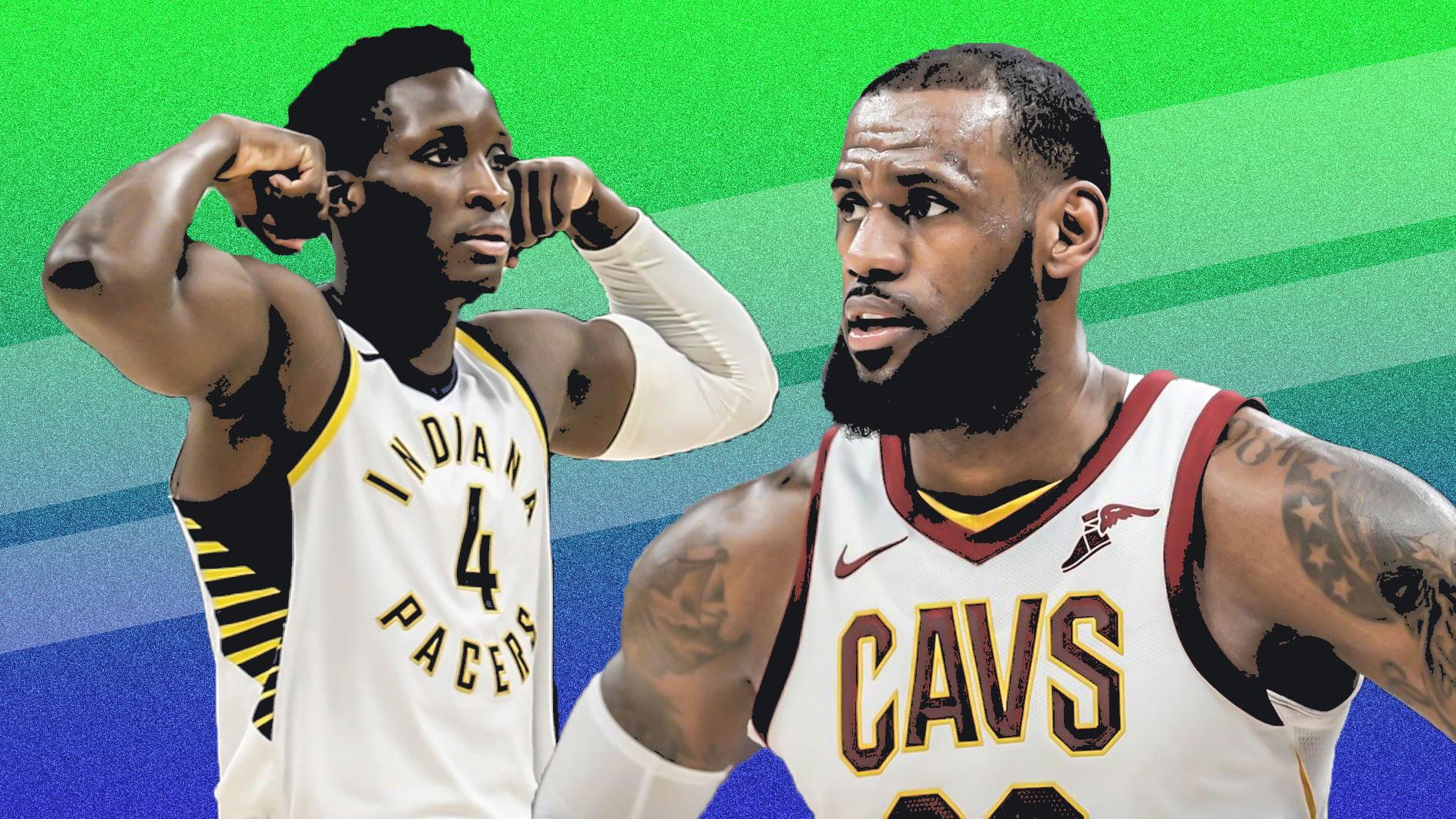 The Cleveland Cavaliers were unable to avoid a season-ending tumble to fourth place in the conference standings, but will open their first-round playoff series with the Indiana Pacers on Sunday leading all Eastern clubs at +650 on the odds to win the NBA championship at sportsbooks monitored by OddsShark.com.

It has been a roller coaster campaign for Cleveland, which is perched as a 6.5-point favorite on the NBA odds for Sunday afternoon’s Game 1 betting matchup at Quicken Loans Arena. The Cavs stumbled out of the gate, winning straight up in just five of their first 12 games after opening the campaign as heavy -182 chalk to win a fourth straight Eastern Conference title.

A midseason 7-14 SU slide effectively took Cleveland out of the hunt for top spot in the East, and the club emerged as a massive disappointment at the sportsbooks while compiling a dismal 22-46-1 record against the spread through its first 69 contests. The Cavaliers were also unable to hold off Philadelphia, as the 76ers charged into third place during a 16-0 SU stretch run, but have played some of their best basketball of the season while winning SU in 11 of their final 14 outings, going 10-4 ATS.

Apart from a meaningless 110-98 loss to New York as 8.5-point favorites in their regular season finale, the Cavaliers have dominated on home hardwood since early March, claiming victory by an average margin of 10.38 points per game while covering in eight straight wins prior to Wednesday’s loss to the Knicks.

That bodes well for the team as it prepares to take on the Pacers in Game 1. The Cavaliers are also pegged as lofty -650 favorites on the NBA series prices entering first-round action, but cannot afford to look past an Indiana squad that took three of four from them this season including a stunning 124-107 win in Cleveland as 10-point underdogs on November 1.

The Pacers also endured a tough first half to the season, struggling to keep their record above .500 before finding their groove as the calendar turned to 2018, and finishing the campaign on a 29-15 SU run.

However, plenty of hard work remains for the Pacers, who have been bounced in the first round in each of the past two years including a four-game sweep by Cleveland in 2017, and trail as +500 underdogs on the NBA series prices.