Over Five Years Ago, Kyle Lowry Was A Cavalier For A Day 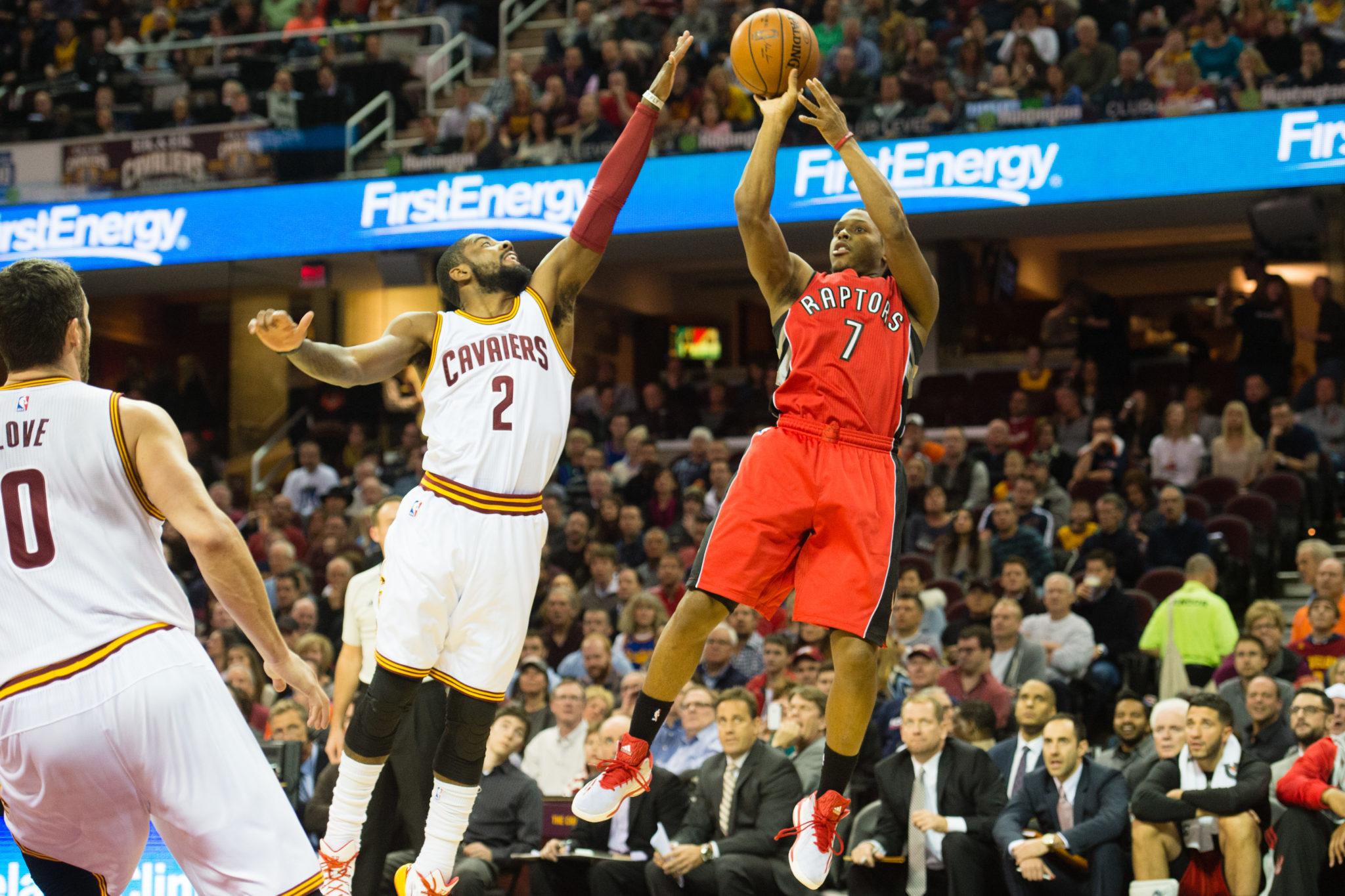 The Toronto Raptors visit the Cleveland Cavaliers tonight at the Quicken Loans Arena in a battle between the East’s two best teams, record-wise. A lot of things that surround this game are good conversation pieces. We have a battle between two of the East’s best point guards, a homecoming for a power forward, and a defensive specialist looking for another shot at the league’s best player after an abrupt end to their one-on-one matchup last postseason.

Most people might have forgotten this, but five years ago, something happened between the Cavs and Kyle Lowry which could have greatly affected the direction of the franchise. On July 14, 2010, a few days after LeBron James’ infamous “The Decision”, Cleveland signed then-Rockets point guard Kyle Lowry, who was a restricted free agent, to a $24 million offer sheet that was guaranteed for three years with a fourth year option. The idea would have been for Lowry to backup Mo Williams but Houston immediately matched the Cavs’ offer thus retaining the services of the Villanova product.

Lowry spent the 2009-2010 season backing up Aaron Brooks. He averaged 9.1points, 3.6 rebounds, and 4.5 assists but despite the mediocre numbers, the potential was already noticeable. Lowry got solid runs during his stints in Memphis and Houston but has never really gotten the break he deserved.

In Cleveland, he would have received a great opportunity under coach Byron Scott. Although Mo Williams was the popular choice to become the Cavs’ new leader, his lack of defense was exposed in the previous preseasons and this is what Kyle Lowry was known to bring to the table. He was a tough-as-nail bulldog of a point guard.

But Kyle Lowry breaking out in Cleveland would have sent a tremendous ripple effect on the team’s next decisions. Let’s say that Lowry became the Cavs’ top dog. It would not have affected the Mo Williams trade to the Los Angeles Clippers. Then it would have been a likely possibility that the Cavs still ended up with the top pick in the 2011 draft because the Clippers’ unprotected pick eventually won the lottery.

If Kyle Lowry showed all the makings of a star as a Cavalier, would the team still select Kyrie Irving? Possibly, and I’m not saying this based on hindsight. Irving was as talented as they come while Derrick Williams, the other player in contention for the top pick, raised more questions than answers. Meanwhile, there’s no reason why Tristan Thompson would not have been selected at number four.

If Irving and Lowry both thrived in Cleveland, the Cavs’ record would have been different, but still very bad, and they could have had any of the top four or five picks in the 2012 draft. The top five of the 2012 NBA Draft would have still been composed of anyone among Anthony Davis, Michael Kidd-Gilchrist, Bradley Beal, Harrison Barnes, Thomas Robinson, and Andre Drummond. Scratch Dion Waiters out of the conversation because of the presence of two ball-dominant guards in the team. Provided that Thompson was already being groomed as the team’s power forward of the future, another power forward would no longer be considered unless he came with a unibrow.

A lot of different scenarios play out to the active mind. Different lineup mixtures could have been created. But I think most of us are now thankful for the turn of events over the past few years and how it has resulted to our current Cleveland Cavaliers.

No disrespect to the early 1990s and 66-win Cavs teams, but this is probably the closest to a championship that a Cavalier group has ever been. Botched signing and all, no one is complaining, and as Nick Gilbert said, “What’s not to like?”.